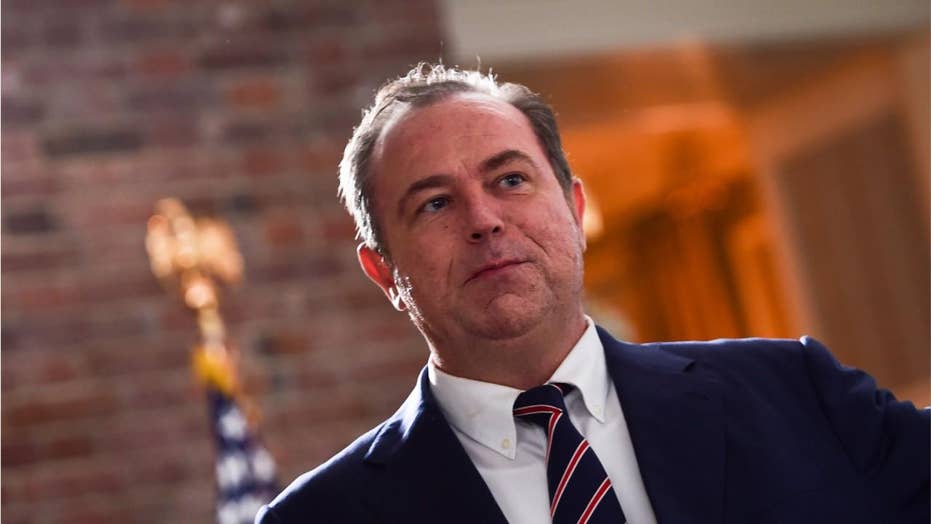 A guest on CNN slammed the network over its coverage of the Ukraine controversy and the latest impeachment developments by pointing to the "counternarrative" about former Vice President Joe Biden and the absence of anyone who supports President Trump.

Newsmax CEO and Trump confidant Chris Ruddy expressed his skepticism on Tuesday night about the hype surrounding the allegations being made about Trump and his communications with Ukranian President Volodymyr Zelensky.

"You thought that the Mueller thing should be investigated, the collusion thing- that took two years, $50 million," Ruddy told "CNN Tonight" anchor Don Lemon. "I could tell you 12 headlines from CNN and other media that never came out to be true. And at the end of the day, there was no collusion."

"It was very definitive, but my point is we are now three days into this and we already have an impeachment process underway," Ruddy continued. "If the president committed a crime, I believe he should be impeached, but there's no evidence here yet that he committed any crime and I don't believe he did."

SCARAMUCCI DECLARES TRUMP IS 'DONE' AS IMPEACHMENT INQUIRY TAKES FORM: 'ONLY A MATTER OF TIME NOW'

"Even if he was saying, 'I want an investigation of what happened in the 2016 election where they were clearly interfering, the Ukrainians, in that American election...  and an investigation of Joe Biden was also a role, what is illegal about that?" Ruddy asked. "It may be totally inappropriate... so you're now on the basis of hearsay or a discussion on this we're already under an impeachment process...  what federal law has he violated?"

"The Democrats in Washington are talking about impeaching [Trump] on basically hearsay... for the very thing Joe Biden did- he was trying to push out a prosecutor. You don't show that clip anytime," Ruddy told Lemon in reference to the 2018 video of Biden bragging about his involvement in pushing out a Ukrainian prosecutor by threatening to withhold foreign aid."

"We're not here to talk about Joe Biden," Lemon responded, "because none of that has been-"

"You don't want to talk about anything that's a counternarrative," Ruddy shot back.

The Newsmax CEO went on to suggest that the impeachment movement is occurring because people were "unhappy" with the results of the 2016 election, something Lemon rejected by saying "that is a feeling, not a fact."

"Even though the polling is showing that not the majority of the American people are not necessarily on the side of impeachment, you don't think that it is a good thing that lawmakers are doing what is right rather than doing what the polls are showing?" Lemon asked. "Because a lot of people who want this impeachment inquiry to happen are in Trump districts and may not get the votes that they want next time."

"I think there's been a constant drumbeat like your coverage- CNN, not you personally," Ruddy responded. "All night long, I didn't see really anyone that was supportive of the president's position. I may be the first person on all night."

"No, there have been other people. You didn't see them," Lemon reacted.

"They're very rare and they're exceptions to the narrative," Ruddy continued. "I think the American people are seeing it. They're ultimately going to be the judge of the impeachment process."