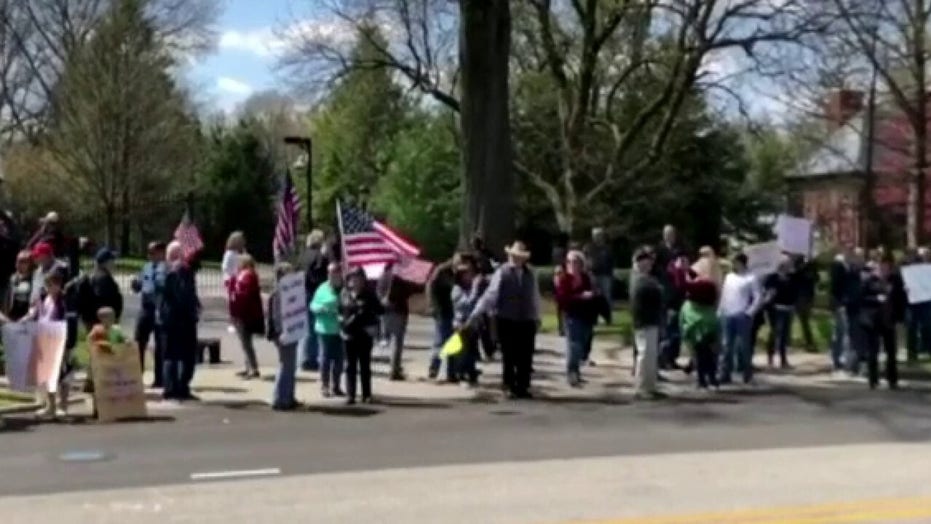 President Trump is praising protesters who are on his side when it comes to restarting the country's economic engine.

CNN anchor Don Lemon went on a fiery tirade against the stay-at-home protesters who have taken to the streets across the country, pressuring governors to re-open the states.

"It makes me so angry because every night when I leave this studio and when I come in, there's an army of people through New York City- an army of immigrants and people of color and poor people who are keeping this city running," Lemon began the rant during his nightly handoff with colleague Chris Cuomo. "They are disinfecting offices, they are cleaning people, they are changing bedpans, and they are working... And those people are out there complaining that they don't have haircuts? Who the hell do you think you are?!?"

The outspoken anti-Trump news anchor then slammed the demonstrators for "slapping the face" of health care workers for not abiding by the social distancing guidelines and for "holding guns" at the protests.

"You're slapping the face of the people - the health care workers who put their lives on the line everyday because you want a haircut, you want to go play golf- of course you're concerned about your business. Tell the president that!" Lemon shouted. "And you're out there with guns? With weapons strapped to your chest, saying you're fighting against the people trying to tell you to stay at home, trying to save your lives? You're upset with those people? In the meantime, there are people who are keeping your cities going, keeping your loved ones alive, and you want to get a haircut? Who the hell do you think you are?!? What is wrong with people?!? I don't understand what is wrong with people!"

Lemon went on to invoke the athlete protesters who kneel during the national anthem in order to draw attention to police brutality against minorities.

The "CNN  Tonight" anchor went on scold President Trump to not call the kneelers "SOBs" while calling the stay-at-home protesters "upstanding citizens."