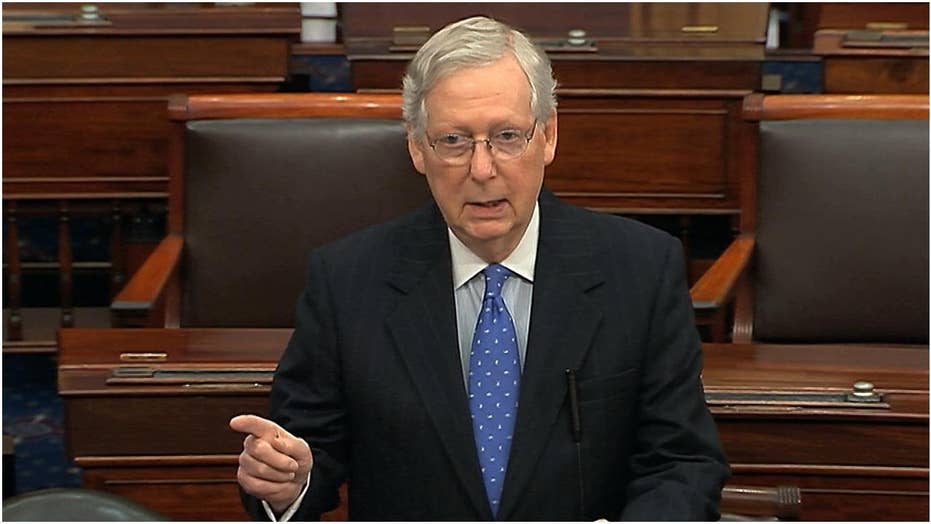 CNN chief media correspondent Brian Stelter remained mum on Sunday after a guest slammed his network for keeping commentators supportive of President Trump on its payroll.

The Atlantic columnist David Frum appeared on Stelter's weekend program "Reliable Sources" and was asked about his previous claim that Trump got "favorable, flattering news coverage" from the media despite his performance, and his assertion that the media "should be more critical."

Frum doubled down and even dragged Stelter's own network, suggesting that CNN was running into problems because it was trying to be "fair."

"On the networks like this one that try to be fair — look, there are generous contracts paid to people who will come on CNN's air to defend the president," Frum said. "I understand why you do that, but it's not a favor that he would ever return to you."

Stelter did not defend his network's stance on employing pro-Trump commentators. Instead, he pivoted to the latest developments in the Ukraine controversy.

Former CNN anchor-turned media exec Soledad O'Brien recently slammed the "Reliable Sources" host for his network's practice of booking guests who "intentionally" lied on air, as she put it.

The spat began after Stelter shared a piece about the significance of disinformation that has plagued social media. "We have this alternative media ecosystem that is driving a lot of disinformation. It is not understood by journalists or anyone really beyond a very small group of people who are really engaged with it," Stelter tweeted, quoting Bellingcat executive director Eliot Higgins.

O'Brien took exception to Stelter's tweet. "Also mainstream media outlets frequently book guests who lie, intentionally, on their air. CNN is one such outlet," O'Brien told Stelter. "Instead of shunning those guests they are booked again and again and again."

She then took direct aim at the media guru. "When CNN’s media reporter pretends his own news org isn’t part of this BS, it’s a problem."