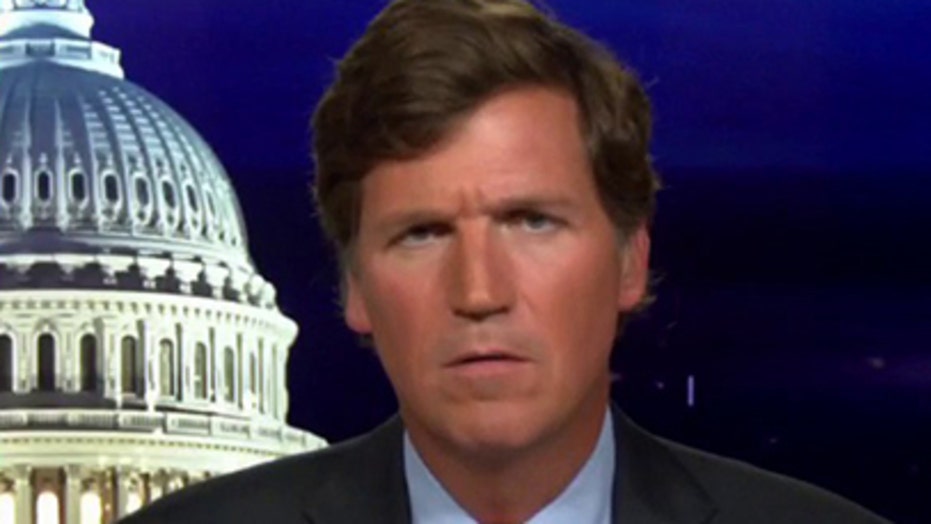 Tucker: The new nation of CHAZ is a lesson for us all

CNN is offering conflicting reports about whether the Seattle protesters who have declared the territory of "CHAZ" are armed, one of the network's former producers pointed out.

Over the past several days, a portion of Seatle's Capitol Hill neighborhood has been taken over by anti-police demonstrators who have created their own borders and forbid the presence of law enforcement. The territory is called "Capitol Hill Autonomous Zone," or CHAZ.

CNN media correspondent Oliver Darcy attempted to dismiss the violent element of CHAZ in a report on Thursday evening, saying the presence of militant Antifa members was "grossly exaggerated in right-wing media."

Darcy cited a spokesperson for Seattle Mayor Jenny Durkan, who told CNN, "City officials have not interacted with 'armed antifa militants' at this site, but will continue to be on site to monitor the situation closely."

However, just hours later, CNN correspondent Dan Simon confirmed that, in fact, there were "armed" protesters in the area after he described the scene as "peaceful."

"There's food being served, there's a medical tent, people camping out, there's live music at night, they're watching movies," Simon told CNN anchor Anderson Cooper. "So it's sort of a contradictory situation. On the one hand, it began with force. But right now, it's peaceful."

In the clip highlighted by Fourth Watch media critic Steve Krakauer, a former CNN digital producer, Simon is visibly harassed by occupants during his reporting. The correspondent eventually acknowledged the dangerous nature of CHAZ.

"If in fact there's going to be federal officers or federal law enforcement come to this area, it is not going to be a pretty situation," Simon said. "These people made it clear that unless there's some kind of major reform -- and remember, they want to see this police department defunded or even abolished, short of some type of major concession -- they're not going to leave voluntarily.

He continued, "And we should point out. Washington is an open-carry state and no doubt, some of these protesters are armed, Anderson. So you have to worry about the potential for bloodshed, the potential for violence if in fact they're going to try to remove these people by force."

Multiple media outlets have been downplaying the turmoil that has taken place on the streets of Seattle, with one notable news outlet referring to it as a "festive zone."

In a report about President Trump's tough talk on the situation, The Associated Press offered a positive spin on the situation with the headline: "Trump fumes as protesters stake out festive zone in Seattle."

CNN's Simon earlier in the day compared the environment taken over by protesters to a "street festival."

The New York Times went with a vibrant approach with its report, "Free Food, Free Speech and Free of Police: Inside Seattle’s ‘Autonomous Zone.’”