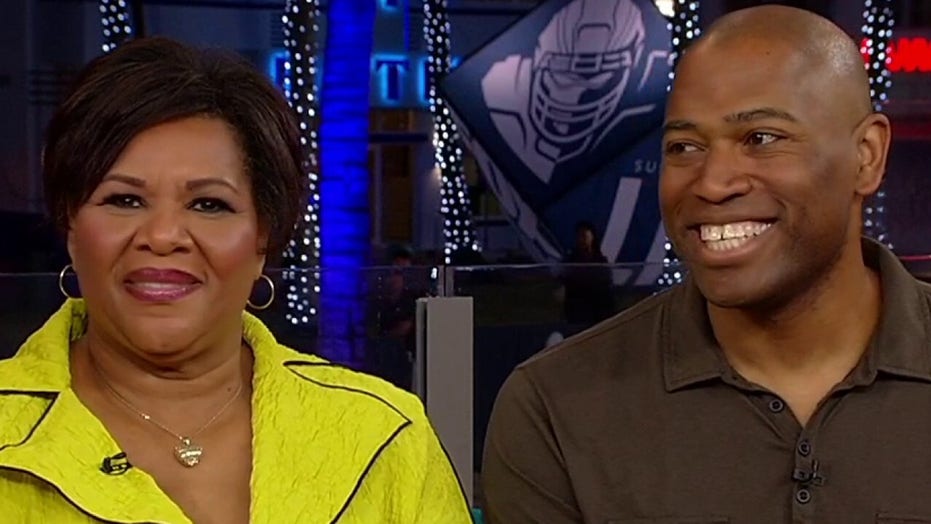 Alice Johnson and former NFL player Shaun Alexander speak out about their work with the 'Stand Together' community.

CNN commentator Bakari Sellers took a shot at President Trump on Tuesday, suggesting that the president used his black State of the Union guests in an "offensive" way.

"Tonight, he was attempting the same thing he did during the Super Bowl ad which I found to be decently offensive -- the ad with Alice Johnson. I refer to it as the 'I freed a Negro' ad," Sellers told CNN's Chris Cuomo.

During his address to Congress Tuesday, Trump recognized black Americans like Charles McGee, a 100-year-old Tuskegee Airman who sat in the gallery of the House of Representatives.

During the Super Bowl, Trump's reelection campaign also ran an ad in which he touted his administration's accomplishment in passing criminal justice reform. That legislation, the video said, was inspired by people like Alice Johnson, whose life sentence for a nonviolent drug crime was commuted by Trump.

"Two Super Bowls ago I was sitting in a prison cell," Johnson tweeted alongside the ad. "Today I am a free woman and my story was featured in a Super Bowl Ad. I will spend the rest of my life fighting for the wrongly and unjustly convicted!"

Sellers defended himself on Twitter Wednesday, arguing that people were angry that he told the truth. "Y’all mad I’m telling the truth," he said.

During Tuesday's SOTU address, Trump recognized Janiyah Davis, a young, black girl, to whom he granted a scholarship so she could attend a school of her choice.

Sellers speculated on CNN that Trump was using minorities to soften his image with white women and to suppress the Democratic vote among African-Americans.

"If he keeps up that pattern of trying to suppress the black vote and just do something endearing to drive the turnout of white women or shrink the margin in which he gets defeated -- that's a recipe for another four years," he said.