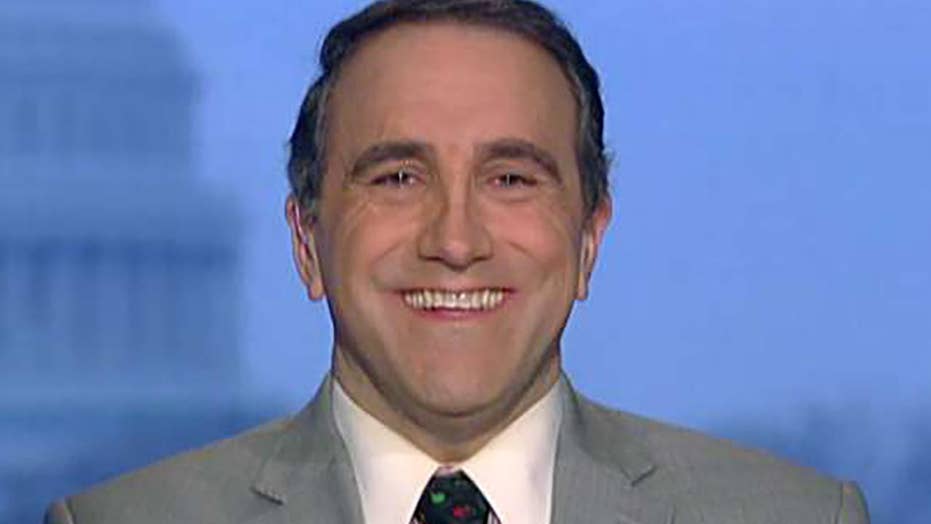 Environmental activists call for #zerowasteholidays; reaction from Marc Morano, executive editor at ClimateDepot.com and of the 'The Politically Incorrect Guide to Climate Change.'

CNN published a report on Wednesday about Glacier National Park removing signs that warned the glaciers would be gone by 2020, but strangely continued to push man-made climate change despite the park's dire prediction being wrong.

A spokesperson for the Glacier National Park told CNN that the over decade-old signs were placed after the US Geological Survey (USGS) estimated that the existing glaciers at the Montana park would be depleted by 2020 due to climate change projections.

The USGS, however, told the park in 2017 that it was no longer expecting that the glaciers would disappear by the new decade "due to changes in the forecast model" but weren't removed until now because "tight maintenance budgets" prevented the removal of the signs.

The spokesperson told CNN that the signs would be revised and will instead state, "When they will completely disappear depends on how and when we act. One thing is consistent: the glaciers in the park are shrinking."

But as conservative site NewsBusters pointed out, the incorrect forecast didn't stop CNN from "hyping" climate change in its report.

"Humans are responsible, scientist says," CNN wrote in a large font in the middle of its report.

The report goes on to cite a 2017 study from USGS and Portland State University that concluded that "some of the ice formations in Montana had lost 85% of their size and the average shrinkage was 39%."

The study's lead scientist warned that "in several decades they will be mostly gone" and that they will "certainly be gone" by the end of the century.

CNN then points to several other glacier studies from around the world, all showing shrinkage in recent years.

"This is propaganda, not news," NewsBusters research analyst Joseph Vazquez reacted. "If you’re CNN, you’d just be looking to push one side of the story (the climate alarmist side that is), even when your own reporting undercuts your preferred position."