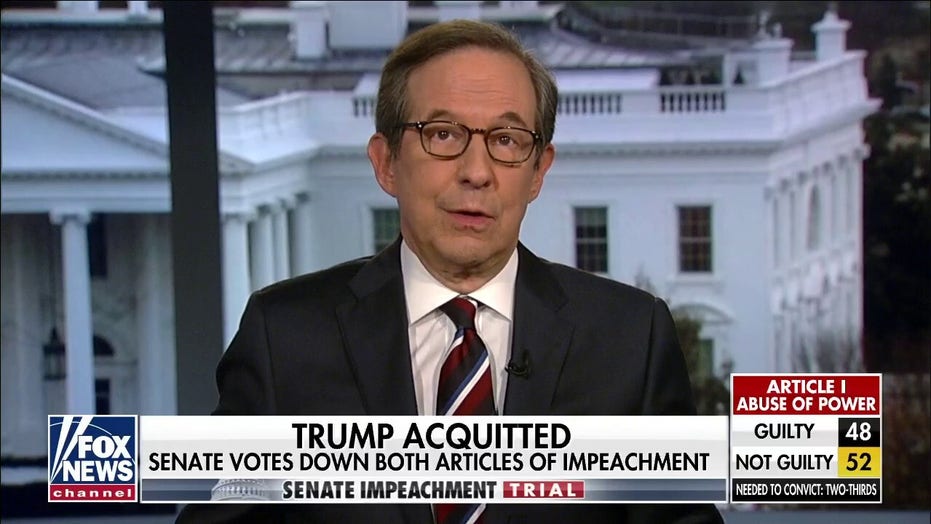 As the Senate impeachment trial wrapped up Wednesday with President Trump's acquittal, "Fox News Sunday" anchor Chris Wallace said from a political standpoint, the president is in a stronger position now than he was before Democrats started the process of attempting to remove him from office.

“As far as the political impact, I think you’d have to say that Donald Trump is better off now than he was when the impeachment process began,” Wallace said.

“He’s had a number of bipartisan successes on trade deals, the economy is rolling along. The Gallup poll just came out. It’s the highest he’s had in this presidency, 49 percent," he added, lamenting that the country remains "50-50, bitterly divided."

He said there was a "gravity" to the moment hearing senators saying "guilty or not guilty" on whether a president should be removed from office, even though the result was known in advance. 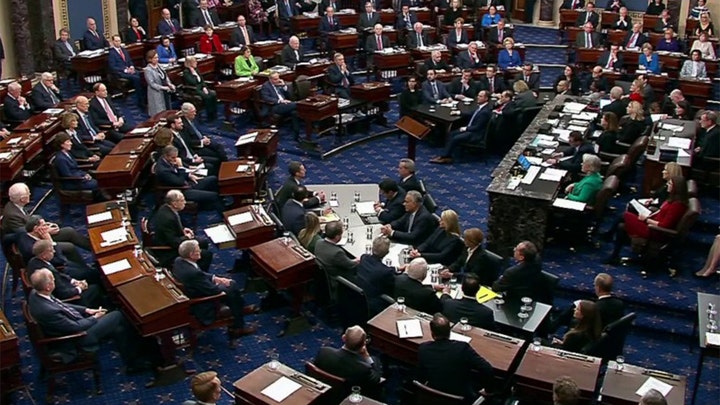 “Everybody acted gracefully and graciously,” Wallace said, contrasting the proceedings with the bitterness shown between Trump and House Speaker Nancy Pelosi at the State of the Union address.

"You do hope exactly as you say, for some peace, and quiet, and regular order. Even newsmen, I think are hoping for that. ... This is gonna be a tough, bitterly fought campaign."

Earlier on Wednesday, Wallace presented an exclusive interview with Sen. Mitt Romney, R-Utah, who explained why he voted "guilty" on the charge of abuse of power.

"I believe that the act he took, an effort to corrupt an election is as destructive an attack on the oath of office and our Constitution as I can imagine," Romney said. "It is a high crime and misdemeanor within the meaning of the Constitution, and that is not a decision I take lightly. It is the last decision I want to take."

Romney later told Wallace: "I had to follow my conscience," when asked about the likely blowback from Trump.