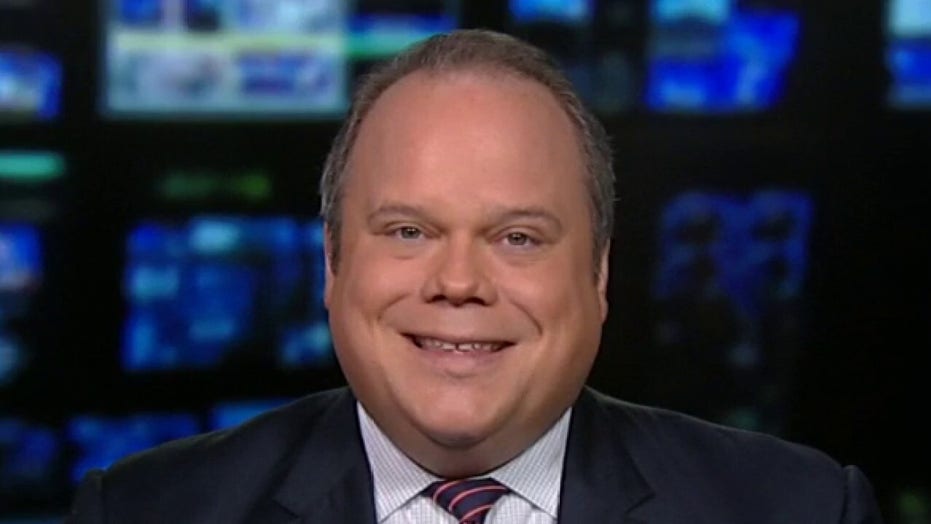 Stirewalt: Biden has lost a ton of support to Bloomberg

"[Biden has] lost a ton of his support to [former New York City Mayor] Mike Bloomberg," Stirewalt said. "His problem is that Pete Buttigieg and most of all, Bloomberg have hoovered up the support from Biden, who's been a weak frontrunner the whole time."

Stirewalt also brought up the latest controversy surrounding Biden, this one surrounding his claim that he was arrested in South Africa trying to visit Nelson Mandela in prison, The New York Times reported Friday it has been unable to confirm such an event took place.

"This is not a good look, because it goes to two things. One, [it] seems like maybe there's some fudging going on here," Stirewalt said. "But number two, it's a question about recall and it brings up issues about, 'Are you on your A-game? You still have your fastball?' That's not what Biden needs going into this."

Stirewalt also said that Bloomberg benefits from not being on the Nevada caucuses ballot, which takes some of the focus off of him following his widely-panned debate performance Wednesday.

"It's on Bernie Sanders. It's on Joe Biden. They're both having a hard time, Bernie Sanders especially, with now the revelation that Russia is rooting for him in this process," Stirewalt said. "So that's good news for Bloomberg ... Go home, pack it in ice for a while and then see how these guys do,""

Earlier Friday, Sanders disavowed alleged Russian efforts to help his campaign after The Washington Post reported that U.S. officials have determined Moscow is attempting to interfere in the Democratic primary race on his behalf.