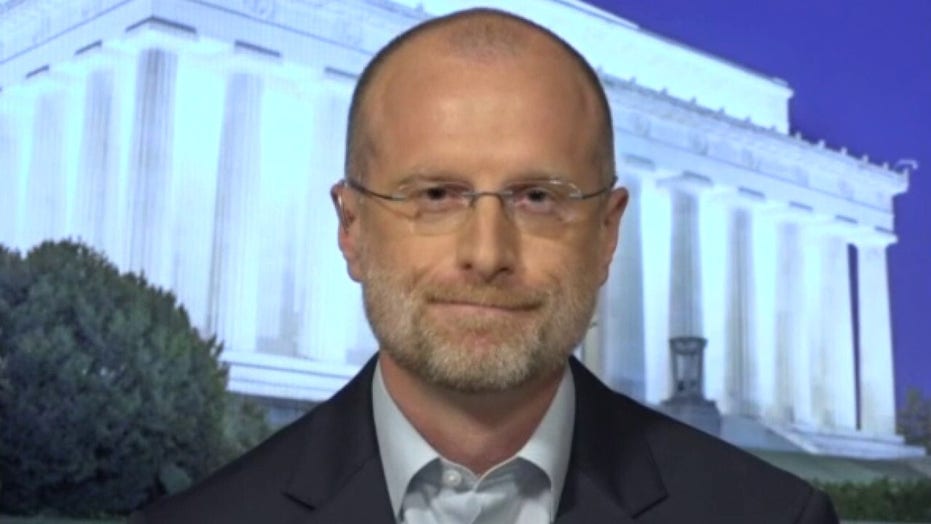 China's trustworthiness, as it applies to international telecommunications involving the U.S., is under question, a commissioner with the Federal Communications Commission said Friday night.

Brendan Carr, who previously served as the FCC's general counsel, shared his observations during an appearance on "Fox News @ Night" with Shannon Bream.

Carr was commenting on this week's report that the U.S. Justice Department was urging the FCC to pull and terminate the license of China Telecom's U.S. unit to provide international telecommunications service to and from the U.S.

“The fundamental question for us at the FCC is, is this company [China Telecom] going to be subject to exploitation and control by the communist regime in China?" Carr told Bream. "And if anything, we’ve seen over the last couple of weeks with this coronavirus pandemic, the Chinese communist regime is willing to take any action to further their geopolitical agenda.

“They are disappearing their own doctors [and] citizen journalists to hide the truth,” Carr added. “So I think there’s a fundamental problem right now with our relationship with China in terms of their trustworthiness. I think that carries over into our work at the FCC, about the vulnerabilities of our network, when companies owned and controlled by China are connecting to that network.”

"There’s a fundamental problem right now with our relationship with China in terms of their trustworthiness."

“This is a national security and public safety issue,” Attorney General William Barr said this week in a statement. “That’s why the federal government must be vigilant and ensure that a foreign adversary cannot undermine the networks our country depends on.”

The Justice Department claims China Telecom provided inaccurate statements to U.S. authorities regarding where it stored its U.S. records, raising concerns about who has access to the information, the report said.

In addition, the Justice Department claims China Telecom’s operations offer opportunities for China’s government to conduct malicious cyber activity such as economic espionage as well as disruption and misrouting of U.S. communications.

The recommendation that the Justice Department make the request to the FCC came from a new committee appointed by President Trump called the Committee for the Assessment of Foreign Participation in the U.S. Telecommunications Sector, known informally as Team Telecom.

“The company has always been extremely cooperative and transparent with regulators,” Ge Yu, director of corporate communications for China Telecom (Americas), told ZDNet. “In many instances, we have gone beyond what has been requested to demonstrate how our business operates and serves our customers following the highest international standards. We look forward to sharing additional details to support our position and addressing any concerns.”