Washington Times opinion editor Charlie Hurt said on Thursday that the Democratic establishment will do whatever it can to stop Sen. Bernie Sanders, I-Vt., from winning the nomination.

“The bar is so low right now in the Democratic Party to be the foil to Bernie Sanders,” Hurt told “Outnumbered.”

“Literally, a yellow dog would be suitable for Democrats to get behind in order to stop Bernie Sanders from getting the nomination.”

Hurt's comments came after Sanders Wednesday called James Carville a “political hack” two days after the former President Clinton adviser said it would be the “end of days” for Democrats if Sanders became the nominee.

"Look, James, in all due respect, is a political hack who said very terrible things when he was working for Clinton against Barack Obama," Sanders told CNN’s Anderson Cooper. "We are taking on the establishment. This is no secret to anybody."

Sanders said he is taking on President Trump, the Republican establishment as well as the Democratic establishment, “but at the end of the day the grassroots movement we are putting together of young people, of working people, of people of color, want real change.” 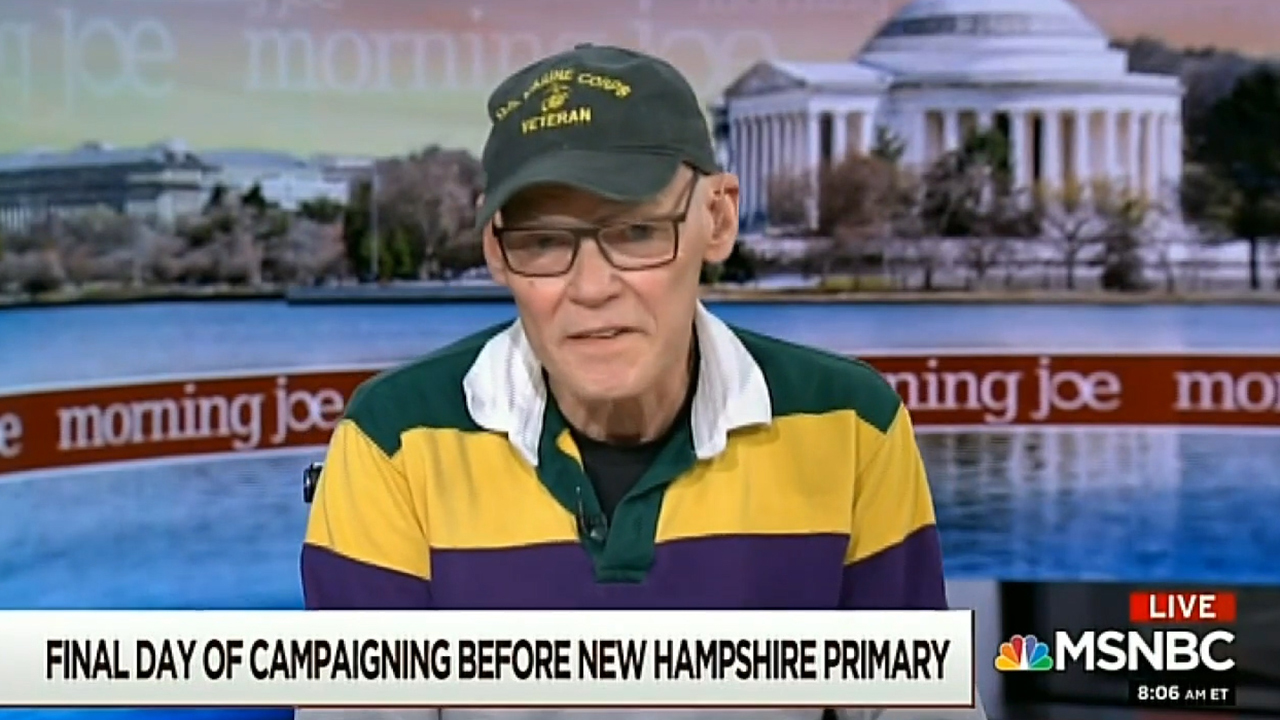 On MSNBC’s “Morning Joe” Monday, Carville claimed that Sanders doesn’t have a broad enough appeal to be able to beat Trump. He said African-American voters aren't interested in socialism and a revolution and "all this foolishness you hear," but instead want to be sold on a vision for how they "fit into this country."

He also referred to Sanders and his supporters as a "cult."

"There’s a certain part of the Democratic Party that wants us to be a cult," Sanders said. "I’m not interested in being in a cult."

Many moderate Democrats have raised concerns over Sanders’ general election chances as a self-proclaimed democratic socialist after his strong showings in Iowa and New Hampshire, where he finished first in a narrow win over Pete Buttigieg Tuesday.

“You cannot overstate what Democratic establishment officials will do to deny Bernie Sanders the nomination. He is an existential threat,” Hurt said.

Hurt said that Democrats are terrified of Sanders because “he will not do what they tell him to do and he’s going to do his own thing.”

“They would rather lose an election than lose their grip on the party,” Hurt said.