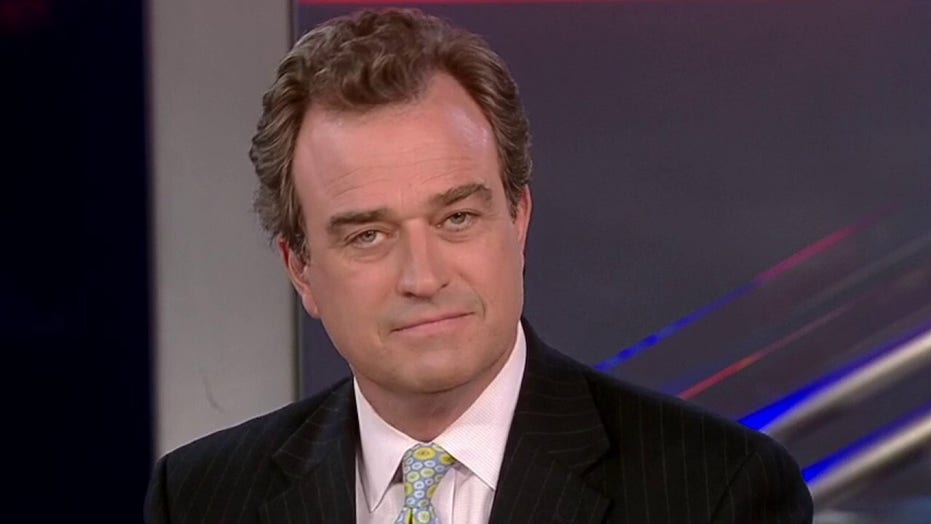 Democrats are doing whatever they can to stop Bernie Sanders, says Fox News contributor Charlie Hurt, opinion editor for the Washington Times.

Washington Times opinion editor and Fox News contributor Charlie Hurt reacted to former Vice President Joe Biden's projected victory in North Carolina, describing the number of endorsements that propelled the former vice president's resurgence there and in Virginia a sign that the Democratic Party is "desperate" to stop Bernie Sanders.

"The fact that he [Biden] performed so extraordinarily well there [in South Carolina] after we'd all sort of, kind of felt like the campaign was on life support, it's impressive" Hurt said on Fox News' special coverage of Super Tuesday.

"The rather impressive showing in Virginia tonight comes after a lot of major endorsements from established politicians there," Hurt said. "But I don't know that these were necessarily positive as much as they were desperate."

"Democrats are ... doing whatever they can to stop Bernie Sanders," Hurt added.

Fox News projected that Biden would win primaries in Virginia, North Carolina, and Alabama as of 8:30 p.m. ET, as polls continued to close in states across the nation.

As expected, Sen. Bernie Sanders, I-Vt., was projected to win his home state of Vermont. Biden's victories are more valuable in the delegate race, with Virginia awarding a total of 99 delegates and North Carolina worth 110 delegates. Vermont is worth just 16.

Democratic strategist Marie Harf agreed with Hurt that Democrats were looking for someone more moderate but disagreed with the authenticity of Biden's support.

"Charlie's right that moderate Democrats are looking for an anti-Bernie lane," Harf said. "But I watched that [Biden] rally [in Dallas] last night and you see these numbers today. It actually doesn't feel desperate to me."

"They saw Joe Biden win convincingly in South Carolina," Harf added, "and that's what they were waiting for."