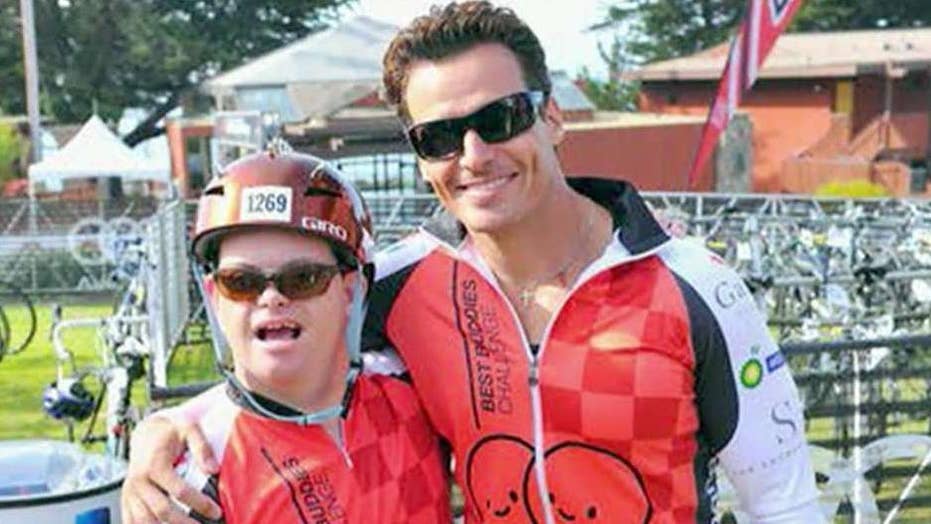 Antonio Sabato Jr. reacts to the backlash Best Buddies is receiving after choosing to honor him for his volunteer work.

After Best Buddies, a nonprofit that helps disabled kids, took heat for honoring Trump-supporter Antonio Sabato for his volunteer work, the actor, model and onetime House candidate pushed back hard in an appearance on Fox News Friday.

“These liberals are out of their minds. I have been nice, I been loving my whole life. Just because I support a different idea, you’re going to put me down?” Sabato told “Fox & Friends.”

Best Buddies is a volunteer-based, non-profit that connects intellectually challenged and developmentally disabled people to opportunities by arranging one-on-one friendships.

The organization angered some of its supporters when it recently honored Sabato, who describes himself as a Republican and Christian.

Fox News host Steve Doocey read an email from a person who withdrew support of Best Buddies and asserted children should be protected from “garbage.”

“Being involved with Best Buddies, being around people with disabilities, just brings the best out of people,” Sabato said.

Sabato said he left California and moved to Florida and is starting a YouTube channel.