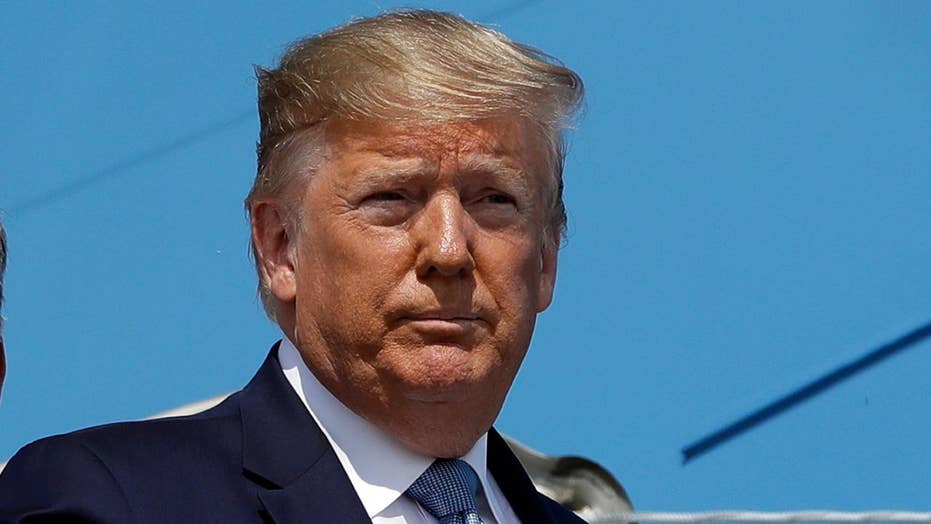 John Roberts on Trump-Ukraine call transcript: This isn't going to put to rest the Democratic calls for impeachment

CBS anchor Gayle King wondered on Wednesday whether or not President Trump effectively put to rest legitimate concerns about his call with Ukraine in July by releasing a transcript.

King's question came after many Republicans accused Democratic politicians of grasping at straws in an attempt to undermine the president.

"Since @realDonaldTrump won in 2016, Democrats have repeatedly rushed to judgment and launched fishing expeditions – all designed to refute the will of the American people," Republican National Committee Chairwoman Ronna McDaniel tweeted after King's comments on Wednesday.

Democrats pushed a different narrative, claiming the administration tried to unlawfully block a whistleblower from revealing Trump's attempts to influence the 2020 election as Biden, who was leading in numerous polls, seemed like his most likely challenger.

Members of the "Squad," a group of progressive congresswomen, derided the transcript as even more proof that the House should impeach Trump.

"Folks, I am surprised the White House even released this transcript," said Rep. Alexandria Ocasio-Cortez, D-N.Y. "It’s worse than we thought. The President sought to use the powers of the United States government to investigate a political opponent."