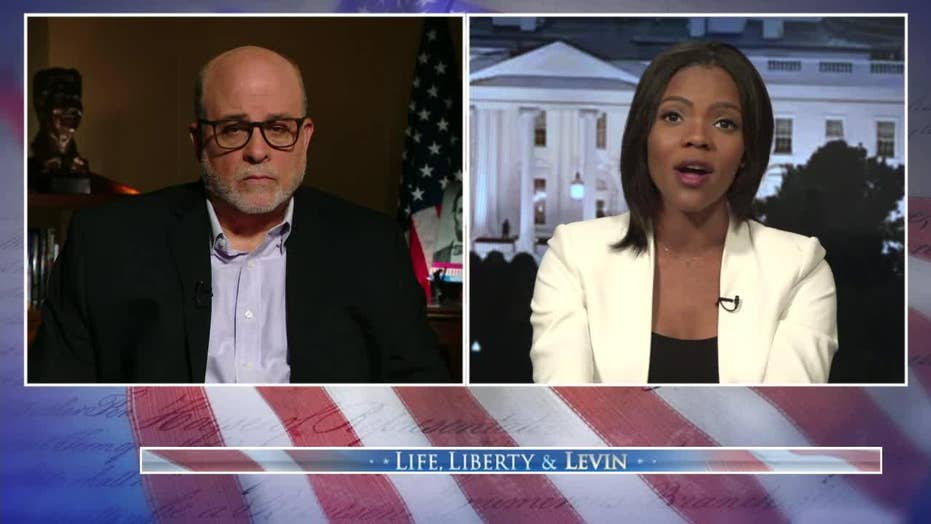 Conservative author and activist Candace Owens took LeBron James to task on Sunday over his recent comments on race relations in the United States.

In a weekend interview on "Life, Liberty, & Levin," Owens noted that the Los Angeles Lakers superstar -- who has spoken out about his "tough" life as a Black man in America "lives in a one hundred million dollar mansion in Bel Air."

"I always say, if you're suffering through racism, please give me some of that," she told Mark Levin.

"He's got a White gardener, a White chef, all various White people that work for him, White driver," she continued. "So if that's racism, LeBron, please, please share some of that with the rest of us."

Owens, the author of the recent book "Blackout: How Black America Can Make Its Second Escape from the Democratic Plantation," later described a newfound support among celebrities and high profile figures who avoid publicly discussing their personal politics for fear of public backlash amid racial tension in the country, she told Levin.

"If I opened my inbox and showed you the amount of celebrities that have written to me privately, that silent majority that we're always talking about, they've written to me and said, 'I'm finally starting to see the truth. I can't stand being in Hollywood. I'm not allowed to use my voice to say what I actually believe," Owens said.

"These are the same celebrities that are actually posting the black squares on Instagram and saying 'we must care about Black lives.' And they're saying they're doing it basically under duress because if they don't, they'll lose their entire careers.

Owens dismissed the notion that "things aren't shifting just because we see people like LeBron James and the NBA painting Black Lives Matter on the ground.

She added: "There is something shaking and something happening in this country, and more and more people are awake and alive to what is really at risk, which is really the values and the principles that this country was built upon."