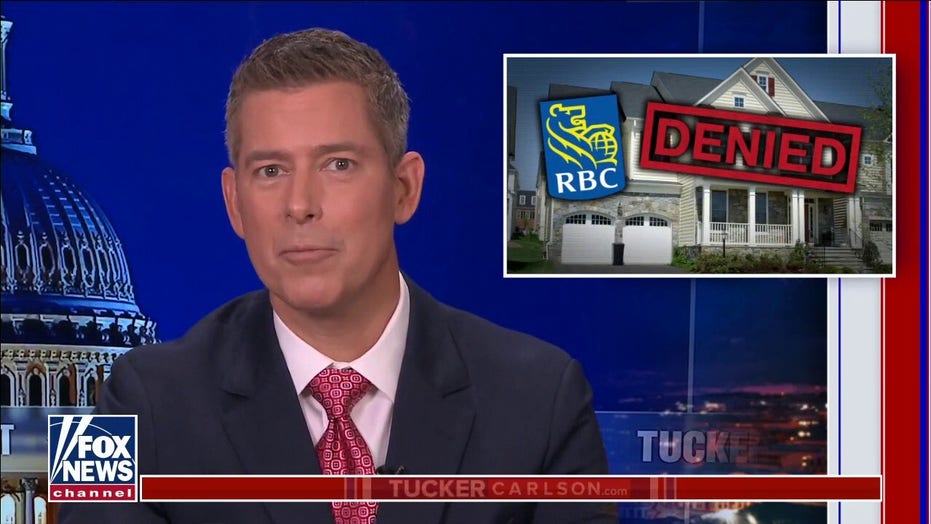 Rebel News Founder Ezra Levant alleges he was denied a mortgage from a bank due to his political views.

Ezra Levant of Canada's conservative media outlet Rebel News said the Royal Bank of Canada denied him a commercial mortgage for a new office over his website’s politics.

Levant told "Tucker Carlson Tonight" on Thursday that his mortgage application was "financially sound," but was ultimately denied by the same bank he had personally used for decades.

Upon inquiring further, Levant said a "whistleblower" at the bank told him the head office denied his application, despite his local banker advocating on his behalf.

"I only caught this because this banker at the local branch really wanted to give me the mortgage," Levant said. "He said he was fighting against the head office."

Levant released a recording from a conversation he allegedly had with the bank employee in Calgary, Alberta, who can be heard explaining to him that Canada's largest bank, which also boasts more than 35 branches in the United States, wanted to avoid dealing with media outlets of his kind.

"He said it was our opinions because Rebel News, the site that I run, has conservative opinions and the Royal Bank … they do a lot of business with communist China," he said. "I wonder if they brought that social credit approach that they have to use in China to Canada."

"There is a revolving door between Justin Trudeau’s liberals and the Royal Bank," he said. "Trudeau's first ambassador to China was a senior RBC executive … Trudeau just appointed another RBC executive to the Senate, so I think it’s a political ‘I scratch your bank, you scratch mine.’ Rebel News is hated by Justin Trudeau … Trudeau has made that clear. It would not surprise me if the bank was doing him a favor considering how many favors he does them. Canadian banks received enormous bailouts over the years. They get more privileges even more than U.S. banks get, and I think this is a political quid pro quo."

"You don’t want your banks to have political criteria when it comes to mortgages," Levant continued. "Even convicted murderers who get out of jail are allowed to get a bank account. I think this is a scandal. I found out about it by accident because I had an honest local banker. I bet you this is more prevalent than we think."