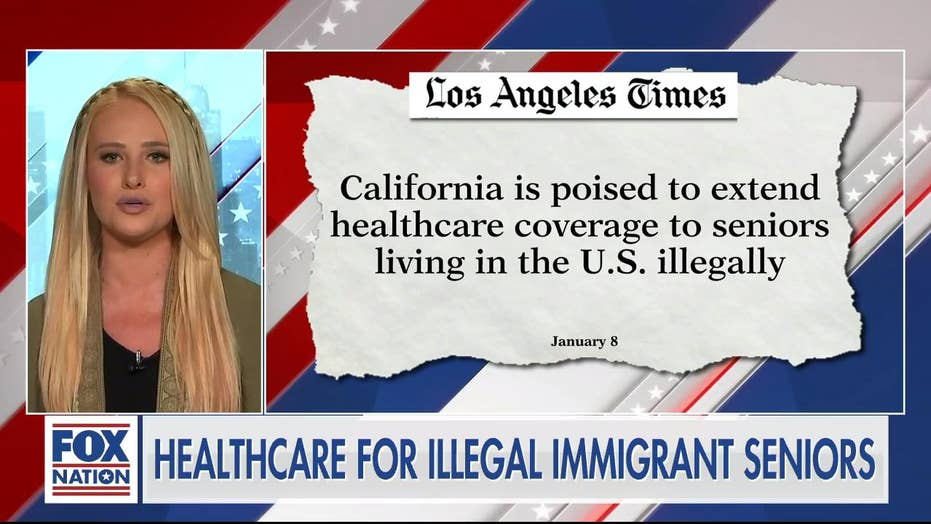 "As if this state doesn't bend over backwards enough for illegals, as if California taxpayers aren't burdened enough by these big government programs, as if we don't have enough problems, including a homelessness epidemic -- now this," said Lahren on her Fox Nation show "Final Thoughts."

California has been steadily adding different groups of illegal immigrants in the state to the rolls of its state-run health care program. Opponents of the expansion said the additional of elderly illegal immigrants will put further strain on a system that is already struggling.

"What's next? Why not just let the wheels fall off the wagon and hand the keys to the kingdom to all the illegal immigrants and say, 'The hell with it. Give them all health care at an estimated cost of $2.4 billion. Why not?'" said Lahren, mocking the governor's proposal.

"It's not like we have anything else in the state to worry about right now. Look, we have a booming homeless population that even a $1.2 billion bond won't help," she argued, referencing a troubled homeless housing project in Los Angeles. 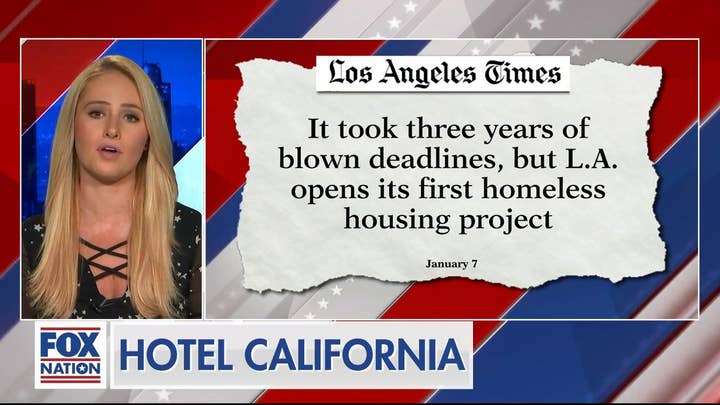 Last week, Los Angeles Mayor Eric Garcetti unveiled the first homeless housing development to be completed, even though three projects were slated to be finished by 2019. Garcetti acknowledged that the program, partially funded by a $1.2 billion bond, will not build enough housing to address the homeless crisis in his city and he called for more state funding.

"I have long said conservatives should stop fleeing California so we can save it and not let this beautiful state be ravaged by Democrats and their crushing policies. But forget it," said Lahren. "Save yourselves. It's not going to get better. In fact, I forecast it's going to get a whole hell of a lot worse."

"My advice to those hardworking Californians who are sick and tired of this crap is to get out and get out as soon as you can," she concluded.