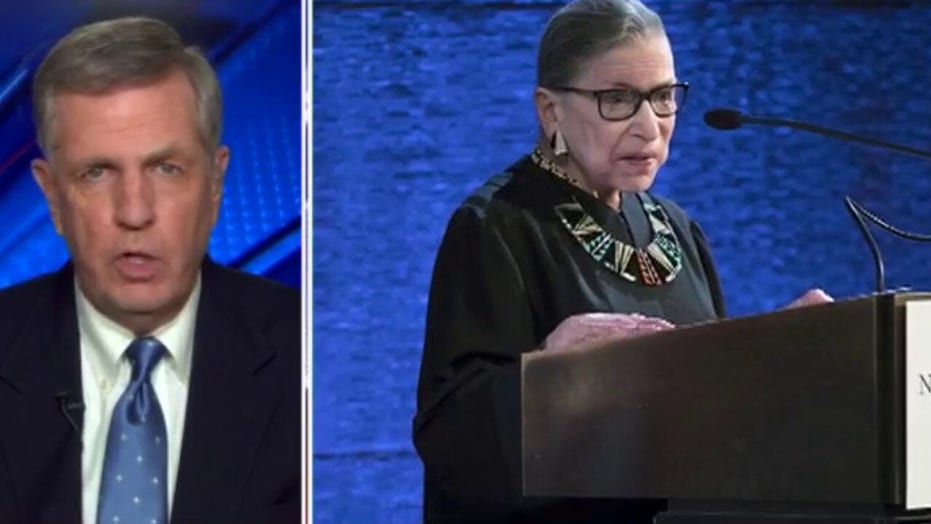 "It does no dishonor to the life and legacy of Justice Ginsburg to discuss the prospects for her succession — especially since her reported dying wish — made immediately public by her family — was that she not be replaced until after the election," Hume tweeted on Saturday.

Just days before her death, Ginsburg reportedly told her granddaughter that "my most fervent wish is that I will not be replaced until a new president is installed."

Ginsburg's death set off a media firestorm on Friday as observers like Hume discussed the upcoming confirmation battle for Ginsburg's replacement.

GINSBURG'S LAST WISH WAS 'NOT TO BE REPLACED UNTIL A NEW PRESIDENT IS INSTALLED': REPORT

"Our American institutions right now and our political system are undergoing a stress test as difficult and intense as I've ever seen, and I go back to the '60s, when we had the tremendous upheaval and turmoil over the Vietnam War and the divisions that provoked," Hume told "Tucker Carlson Tonight" following Ginsburg's death at age 87. "What we're seeing now is even more intense than that.

The battle for Ginsburg's replacement is expected to be especially testy as it comes just weeks before the next presidential election and could substantially alter the balance of power in the nation's highest court.

Democrats have indicated that Senate Majority Leader Mitch McConnell, R-Ky., would be hypocritical if he held a vote on Trump's nominee after blocking confirmation of former President Barack Obama's nominee, Judge Merrick Garland, just before the 2016 elections.

McConnell has indicated that the current situation contains an important difference in that, unlike in 2016, both the Senate and White House are dominated by the same party.