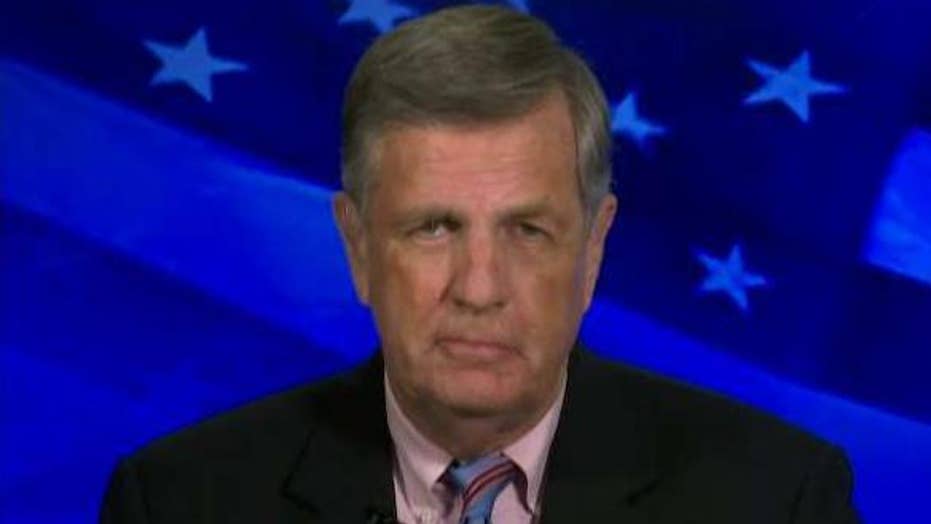 Brit Hume on the history of impeachment in American politics

"The failure to subpoena [national security adviser] John Bolton, who is widely believed to be potentially the most important witness they could call, the fact that they did not even subpoena him," Hume said on "The Story with Martha MacCallum. "Why didn't they? They didn't because they thought it would take too much time to prevail to get him to testify because they'd have to go to court to enforce their subpoena. Well, that's what you would do if you were very serious."

The Democrat-led House Intelligence Committee voted late Tuesday to adopt and issue its scathing report on the findings from the panel's impeachment inquiry, accusing President Trump of misusing his office to seek foreign help in the 2020 presidential race.

Hume questioned the message that Democrats were pushing, noting that if the president's actions were dire, they'd pursue every opportunity to impeach him.

"But if you're up against a timetable and the timetable clearly is the upcoming election season, which as you know, if you're dealing with something this grave, you think, you know, you'd take whatever steps you had to to get the best evidence available," Hume said. "And that's not happening here."

"So, I mean, this is something slightly unserious about the way this has been pursued," Hume added.

Fox News Ronn Blitzer and Gregg Re contributed to this report.