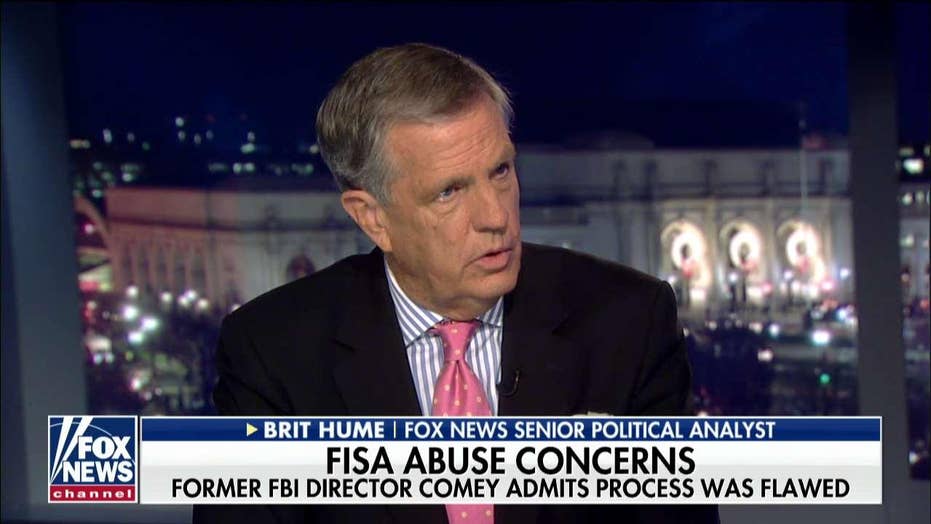 In an interview on "Fox News Sunday," Schiff told Chris Wallace there were "serious abuses of FISA that I was unaware of."

"Had I known of them, Chris, yes, I would've called out the FBI at the same time," Schiff said. "But I think it's only fair to judge what we knew at the time." 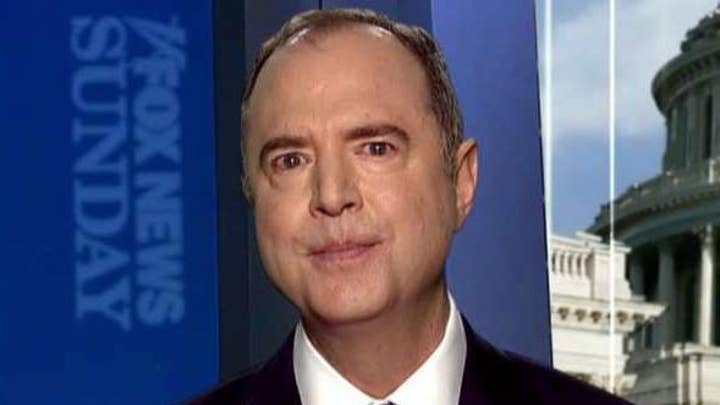 "He [Schiff] says he didn't know about that? What utter nonsense," Hume said.

"One of the most striking things about this IG report ... is how closely it mirrors what the Devin Nunes investigation -- when Nunes was still chairman and Schiff was ranking member on the intelligence committee -- what Nunes found and what he said about the FISA abuses, and so on -- to which, this very same Adam Schiff issued a report and rebuttal, which disputed the Nunes findings -- findings now confirmed by the IG report."

Hume said the most rational conclusion, given the information available, is that Schiff's rebuttal document was "full of falsehoods."

He added that, at the time, the mainstream media treated Schiff's rebuttal of Nunes' committee investigation into FISA as the authentic report, instead of vice versa.

"[Schiff] now is claiming that he didn't know about the FISA abuses, which he most certainly did. And yet, here is the guy appointed by Nancy Pelosi to lead to the impeachment inquiry -- Remarkable," he said.

During his interview with Wallace, Schiff also defended his party's impeachment case against President Trump.

“I would just say to my Republican colleagues – who appear to be on the verge of shirking their constitutional duty -- if they're prepared to say a president can simply say no to any congressional subpoena and tie up the Congress for years in litigation, it is going to have to accept corruption, malfeasance, negligence, misconduct in any future president – Republican or Democrat,” the California Democrat said.