"I agree with Lindsey Graham. It's just another liberal media mob hit," he said. "There's no basis for the allegations. I think that this is a continuation of what we saw in the Judiciary Committee... And frankly, at some point, there's got to be a legal responsibility to the parties that are doing these sorts of things.

"And then the calls for impeachment are going to go nowhere," Tillis continued. "Even House Democrats have said they're not going [anywhere]. They're using this for their own political gain. People in North Carolina are sick of it."

Tillis, who serves on the Judiciary Committee, said if Kavanaugh wasn't a Supreme Court Justice he would urge him to sue the New York Times for libel. 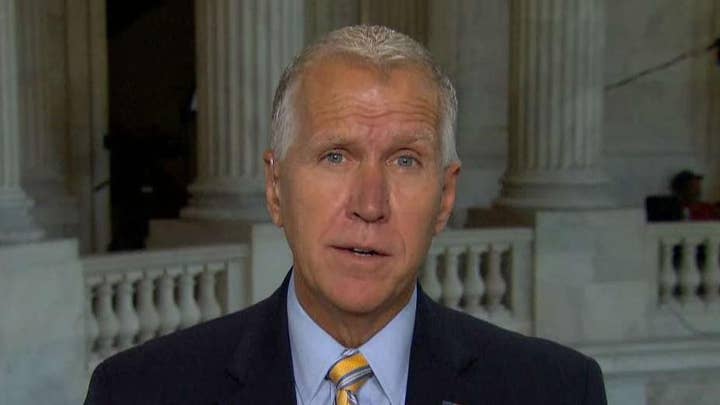 "His reputation is being attacked. I think that there's probably a legal basis for a libel suit with 'The New York Times,'" he said. "I doubt seriously that Justice Kavanaugh will pursue it... I actually think that's a calculation of some of these liberal media outlets -- that they know that they can get away with false allegations with no repercussions. And that's wrong."

"They're laundering lies and they're destroying the reputation of a great Supreme Court justice," Tillis added.

He also addressed the announcement by Rep. Ayanna Pressley, D-Mass., that she will file articles of impeachment against Kavanaugh, arguing congressional Democrats will do anything to distract from their failed policy agenda.

"Democrats are staying on this message because they've got products the American people... are not buying," Tillis said. "Since their policy proposals are failing, they're going to try and distract people through false allegations and false narratives about a good man, in Brett Kavanaugh."