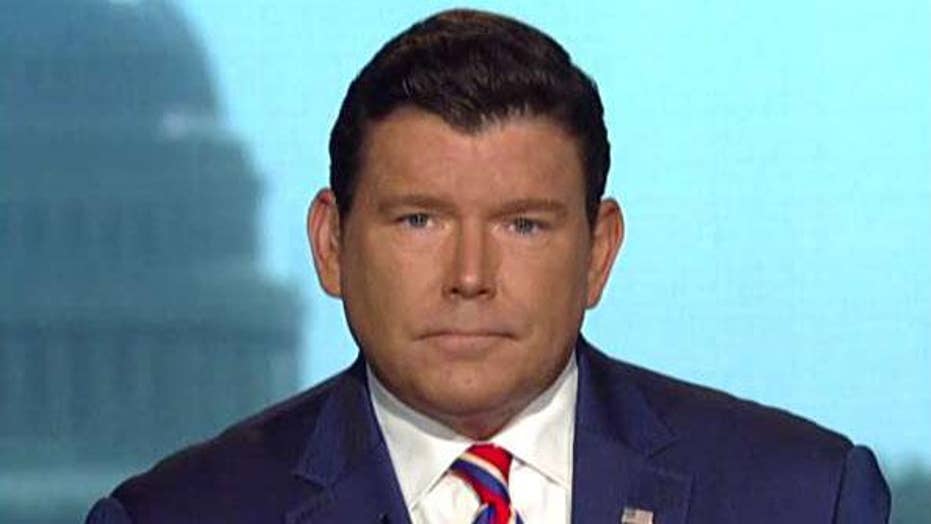 Bret Baier on allegations that Attorney General Barr pressured foreign leaders: Not a lot of there there

House Speaker Nancy Pelosi's criticism of Attorney General Bill Barr over his allegedly asking President Trump to make introductions to foreign countries that might have had information pertinent to a probe seem lacking in substance, according to Fox News' Bret Baier.

“It seems like that allegation about talking to world leaders on that front, that there’s not a lot there, there,” Baier told “The Daily Briefing.”

Trump "is being accused of the same thing [Democrats] say happened in the Ukraine phone call -- minus what they say is the implied quid pro quo with the holding back of funding,” Baier said.

BARR ASKED TRUMP TO SPEAK TO OTHER COUNTRIES IN DURHAM PROBE, OFFICIAL SAYS; SOURCE PUSHES BACK ON NYT REPORTING 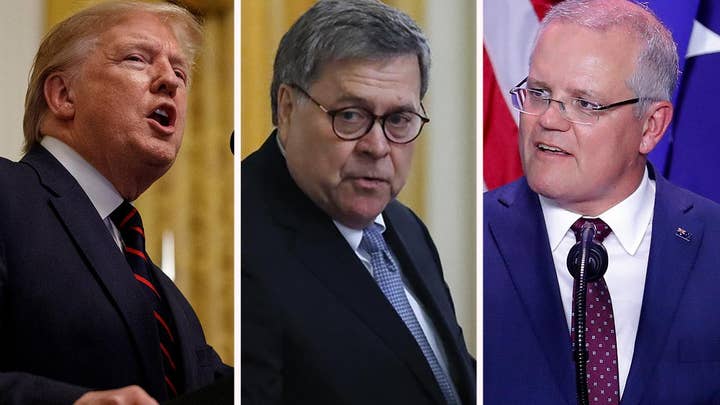 The comments came after Pelosi, D-Calif., said on Friday that Barr has "gone rogue," alleging an attempted "cover-up" of a whistleblower complaint that has led to an impeachment inquiry of the president.

A Justice Department official told Fox News on Monday that Barr asked President Trump to make introductions to foreign countries that might have had information pertinent to U.S. Attorney John Durham's ongoing probe into possible misconduct by the intelligence community at the outset of the Russia investigation.

But, a person familiar with the situation told Fox News it would be wrong to say Trump "pressed" the Australian prime minister for information that could have discredited former Special Counsel Mueller's now-completed probe, as The New York Times reported earlier Monday.

The president mentioned to reporters publicly on May 24 that he wanted Barr to "look at" a variety of countries.

In response to that public comment, the Australians proactively contracted Barr offering assistance. Fox News has obtained a letter showing Australia's outreach, including an offer to use its "best endeavors" in "support" of Barr's probe.

A senior Australian diplomat told Fox News: "After the president said what he said -- we initiated the contact. There was no pressure -- we acted in order to help."

Fox News’ Jake Gibson, Gregg Re contributed to this report.