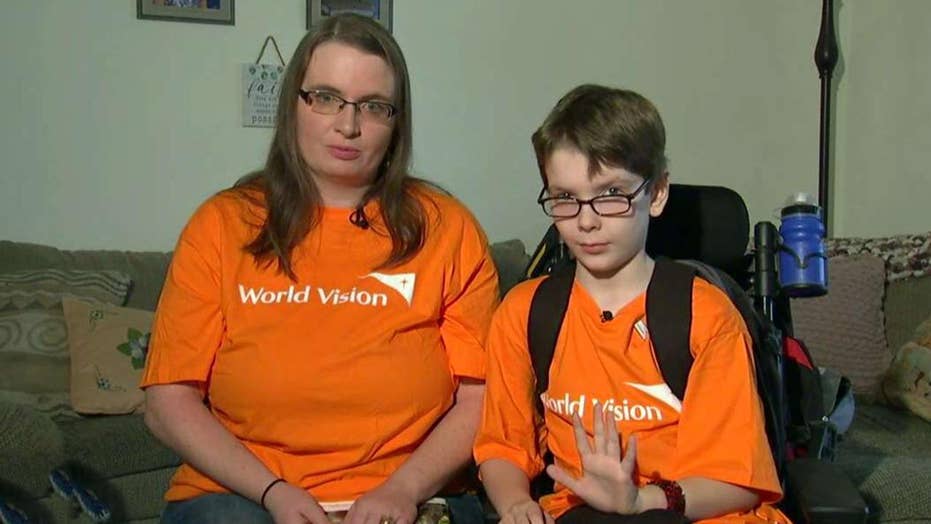 9-year-old boy buys bikes for other children for Christmas

Joey Johnson and his mom Kelly Johnson on their mission to help other children during the holidays.

Although 9-year-old Joey Johnson has a rare genetic condition that causes him to use a wheelchair, it did not stop him from raising money to give bikes to needy children for Christmas.

“During our scout’s popcorn sale, he actually raised close to $400 so that he can give three bikes this year for Christmas,” his mother, Kelly, told “America’s Newsroom.”

Kelly explained that her son Joey was inspired by a conversation they had last year about the ways people live differently in other countries.

“Last year we were explaining about why girls in third world countries need bikes because going to and from school is very dangerous and bikes help them get there safely,” Kelly said.

“It led to a really good conversation about how people live differently in different parts of the world and have to struggle with things like slavery,” she added.

Kelly and Joey participated in a Christian-led international humanitarian organization called “World Vision,” which provides services in health and nutrition, education, and disaster management, among other areas, to people in underdeveloped countries.

CHECK OUT THE FOX NEWS APP

Kelly said that instead of choosing a toy to get for Christmas, every year Joey opens a “World Vision” catalog, an activity focused on what empassions him and how to give to people in need.

“I want other kids to know about how to be kind to others and be thankful and try to help out other people that don’t have what they need,” Joey said.