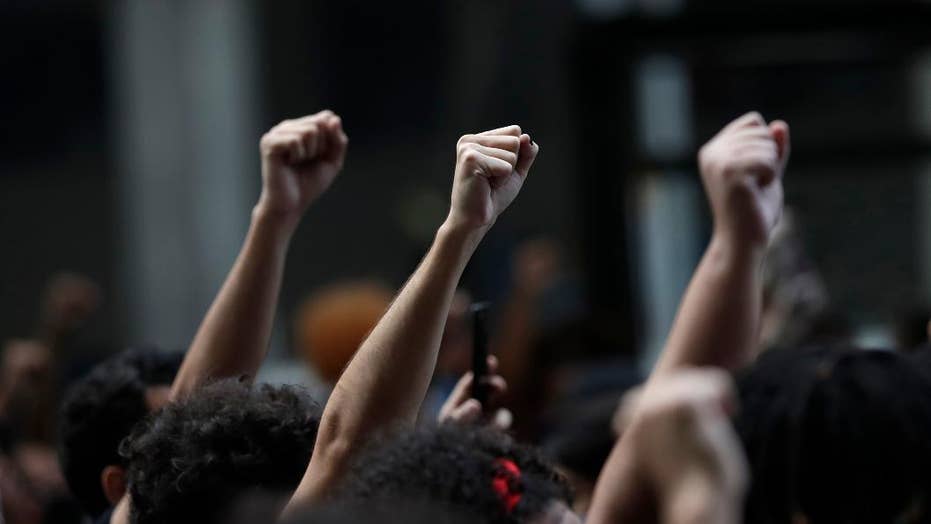 The Woodson Center's Bob Woodson says Black Lives Matter protesters are using low-income, Black America to 'promote insurrection and anarchy' and that we should be investing in interventions that heal the Black community from within.

Former civil rights activist Bob Woodson told Fox Business Network's "Lou Dobbs Tonight" Wednesday that the Black Lives Matter organization has "blood on its hands" and that the corporations financially supporting it are "paying for the bricks they're using" to damage property and crush livelihoods.

"The pretext of all of this, of course, was pursuing social justice and challenging institutional racism, and they used George Floyd as the symbol of that," Woodson told host Lou Dobbs.

"They’re always trolling for other 'George Floyds,'" Woodson went on. "The head of Black Lives Matter went to Houston when a 7-year-old girl was killed and raised $100,000 in reward money while anticipating that the person who killed her was white, only to discover that the murderer was black and so then it was not a story after that."

Woodson appeared to be referring to the December 2018 death of 7-year-old Jazmine Barnes in a drive-by shooting. The following week, authorities arrested and charged 20-year-old Eric Black Jr., with her murder. According to a NPR report, the local chapter of Black Lives Matter wrote on social media at the time that the "attack seems racially motivated and it will not stand. Make sure that we hold law enforcement accountable in bringing justice for Jazmine Barnes."

"This is not about social justice," Woodson emphsized. "And, again, low-income black America are being used by the group to promote insurrection in the country, and anarchy."

Woodson also noted the indiscriminate targeting of statues and historical monuments for destruction and vandalism by purported anti-racism protesters, including a Boston monument to the all-black 54th Massachusetts Volunteer Infantry Regiment, whose Civil War exploits were immortalized in the Oscar-winning 1989 film, "Glory."

"So these people are really out to destroy civil society," he said. "If a police precinct can be taken over by a mob, then why not your home?"

"There is blood on the hands of Black Lives Matter and these corporations that are paying for the bricks they’re using to throw through store windows because, as you know, Lou, [during] this past Father’s Day weekend there was a hemorrhage of black-on-black death in Chicago, New York and other cities," he concluded. "It’s just out of control because the police have been diverted to protecting statues."