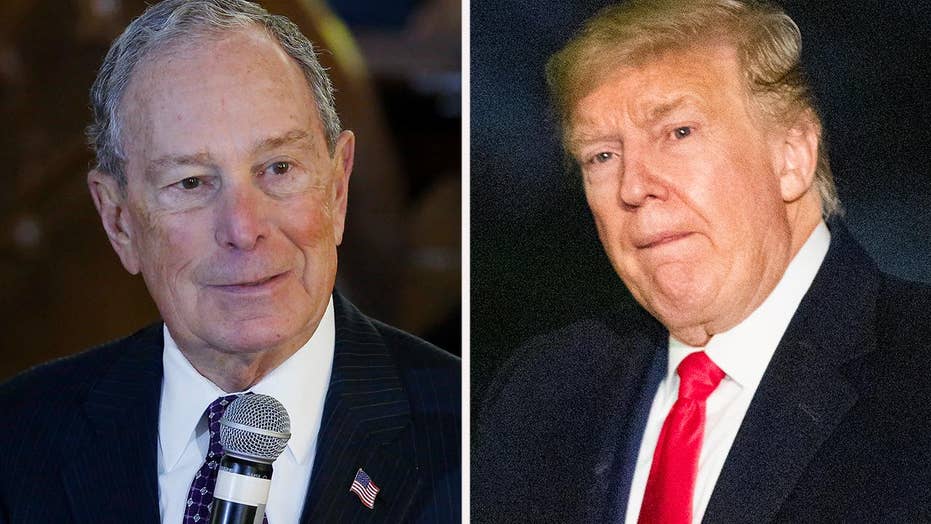 Former New York City Mayor Michael Bloomberg claimed Tuesday that President Trump told him that Trump couldn't put anyone in his Cabinet who would be smarter than him.

Bloomberg was reflecting on a phone call between the two after Trump's election in 2016.

"We had a pleasant conversation," Bloomberg said. "He asked what he should do. I said, 'hire people smarter than you,' and he said, 'there aren't any.'"

Bloomberg added that he tried telling the president-elect that he needed people who had knowledge of areas like defense and finance, and "all of these things that he knows nothing about."

"And he said, well, he did know something about it. But I said if you could get good people and delegate to them, then you can have a decent administration. And he said, 'Well, thank you very much,' he couldn't have been more polite as I remember. He did give me his private cell phone number, which I didn't bother to write down and I've never talked to him since," Bloomberg said.

"He says that if he loses (he really means when!) in the primaries, he will spend money helping whoever the Democrat nominee is. By doing this, he figures, they won’t hit him as hard ... during his hopeless 'presidential' campaign," Trump added Thursday.

"They will remain silent! The fact is, when Mini losses, [sic] he will be spending very little of his money on these 'clowns' because he will consider himself to be the biggest clown of them all - and he will be right!"

According to The New York Times, Bloomberg and Trump had a testy phone call after his election in 2016. After Bloomberg called to congratulate Trump, the latter said: “You were very mean to me!”

Bloomberg had given a speech at the Democratic National Convention where he called Trump a "con" and indicated he wasn't "sane." "There is no one smarter than me," Trump reportedly said.