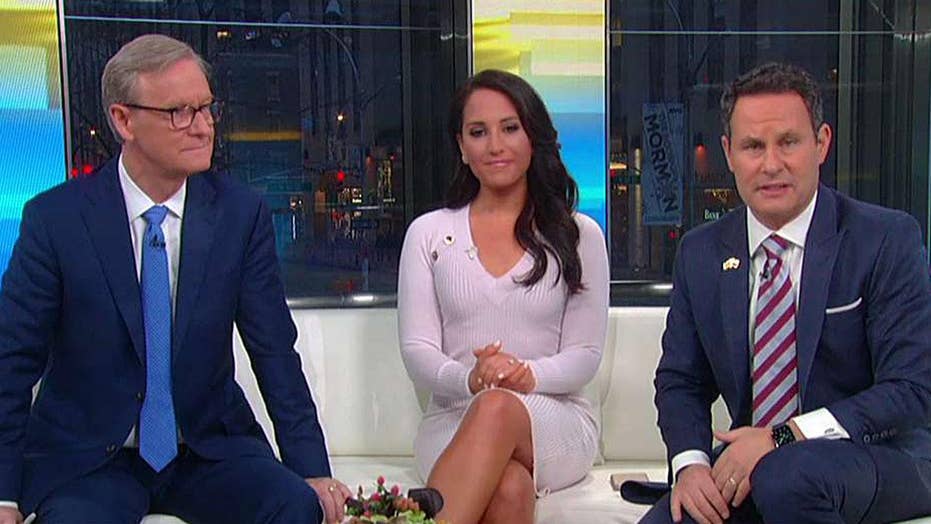 Elizabeth Warren slams Michael Bloomberg during appearance on his own network

Former New York City Mayor Michael Bloomberg, who is a newly-entered 2020 Democratic candidate, dismissed criticisms from his own reporters at Bloomberg News for forbidding investigations into him or his primary rivals, saying they get "paychecks" and with paychecks "come some restrictions and responsibilities."

During an interview on CBS This Morning that aired Friday, Bloomberg was asked to react to President Trump's recent attack on "Mini Mike" and how he isn't allowing his "third rate" news organization to investigate him or any of his Democratic rivals. Bloomberg first responded by rejecting his given nickname from the president.

"When I started a news business in my company, I hired somebody outside. Their job is to run the news organization. The other job is to set the ethics," Bloomberg said. "I think people have said to me, 'How can you investigate yourself?' And I said, 'I don't think you can.'

"But if you take a look at the Bloomberg News organization, we carry news from lots of different places, like New York Times, The Wall Street Journal, and The Washington Post. There's plenty of ways for people to get news about the candidates if they look at Bloomberg News."

WARREN TEARS INTO BLOOMBERG DURING HER APPEARANCE ON BLOOMBERG TV

CBS This Morning anchor Gayle King pushed back, saying how Bloomberg News reporters "have complained they think it's unfair" that they cannot investigate other Democratic candidates "because their boss is in the race."

"Okay, we have, just have to learn to live with some things," Bloomberg told King.  "They get a paycheck. But with your paychecks comes some restrictions and responsibilities."

Bloomberg News was widely criticized after it announced that it would not investigate Bloomberg or any of his fellow Democrats seeking the 2020 presidential nomination.

That decision prompted the Trump campaign to ban Bloomberg News from campaign rallies and events.

"The decision by Bloomberg News to formalize preferential reporting policies is troubling and wrong," Trump campaign manager Brad Parscale wrote in a statement. "Bloomberg News has declared that they won't investigate their boss or his Democrat competitors, many of whom are current holders of high office, but will continue critical reporting on President Trump."

Parscale said he's "accustomed to unfair reporting practices" but noted that "most news organizations don't announce their biases so publicly."