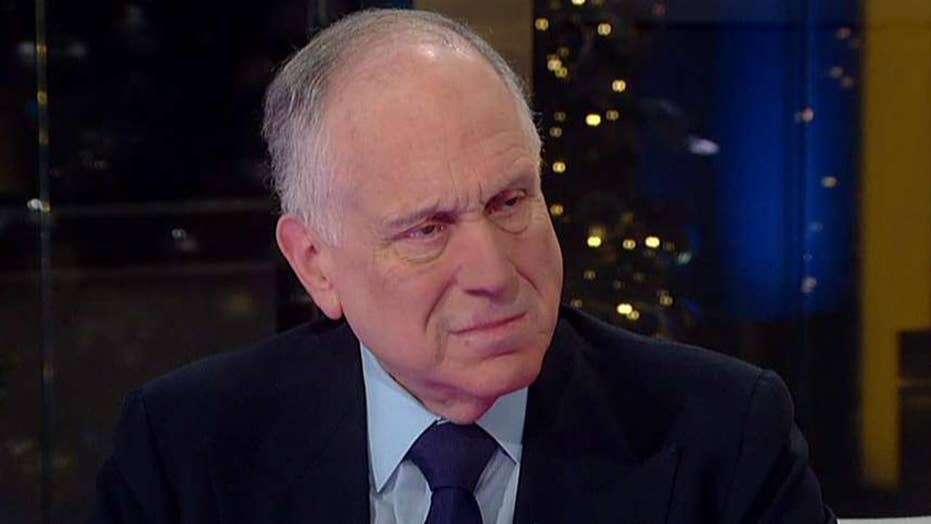 Ronald Lauder, the billionaire heir to Estee Lauder Companies and president of the World Jewish Congress, said on Wednesday that President Trump’s effort to crack down on anti-Semitism by making it a federal crime is a “great step.”

Trump is expected to issue an executive order that would combat anti-Semitic rhetoric on college campuses.

“The fact is this order will say to people that if you have anti-Semitism in your college, you may have federal funds taken away. It’s a great step by President Trump,” Lauder told “Fox & Friends.”

Under the executive order, Judaism would be classified as a nationality and religion to be a protected category under Title VI of the Civil Rights Act of 1964.

Israeli Foreign Minister Israel Katz praised Trump on Wednesday, saying, "I congratulate U.S. President Donald Trump on his intention to sign a presidential order to combat anti-Semitism on U.S. university and college campuses, and to prevent funding from going to those institutions that will not prevent anti-Semitism."

Title VI prohibits discrimination on the basis of race, color and national origin in institutions that are receiving federal funding. A university that violates Title VI by enabling anti-Semitic rhetoric on their campus could have funding cut off by the Department of Education.

A senior administration official told the Jerusalem Post on Tuesday that anti-Semitism on college campuses is typically masked under an anti-Israel agenda. Jewish college students can file complaints of anti-Semitism in the case of discrimination.

Lauder said that he is also launching a $25 million campaign to combat anti-Semitism and educate people on the Holocaust.

“We’re going to go after schools, politicians, professors, everybody who is talking about anti-semitism,” Lauder said.

Lauder went on to say, “People have forgotten the Holocaust three generations away. A recent poll [found] 60 percent of young people didn’t know about the Holocaust. What this says is we must stand up and right now when someone says something anti-Semitic, no one says anything.”