Rep. Ryan: If we want economy to recover we can't have states filing for bankruptcy

The "Bill Hemmer Reports" host asked Ryan about a Washington Post story published Friday with the headline, "Biden campaign launches expansion in the face of Democratic worries -- but no word on plans to leave his house."

"I think we are all trying to figure that out," Ryan said of how the former vice president's management team is crafting Biden's bid going forward. 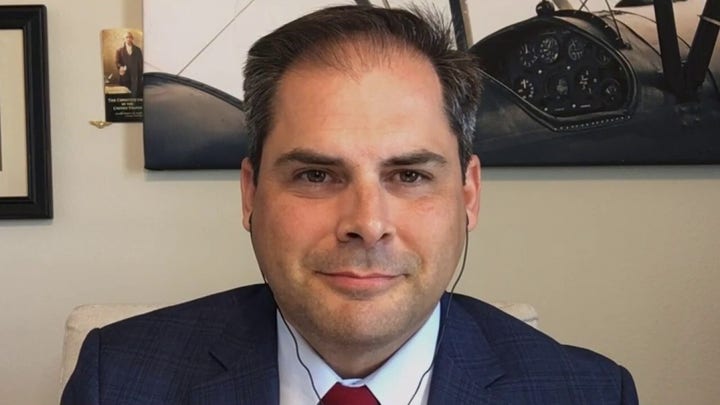 "I think he is doing a really good job," Ryan added. "He is doing a lot of local media, which has a lot of credibility for a lot of voters, especially in the swing states."

"No press conferences in a month," Hemmer told Ryan. "That has got to change."

"You can't win the White House on a podcast," the host later added.Ryan blamed the coronavirus pandemic for stifling Biden's ability to campaign in a more open and accessible manner, but added that the former vice president has shown himself capable of attracting supporters while campaigning from his Delaware home.

"President Trump is dropping dramatically among senior voters," Ryan said.  "They don't like the way he's handling the crisis here, and they trust Joe Biden. It seems to me like it's working."

Biden has recently been criticized for a string of technical glitches and verbal stumbles that have marred some of his cyber-rallies and online media appearances.