The "Outnumbered" co-hosts slammed President Biden over his controversial speech at Union Station in Washington, D.C., on Wednesday evening when he repeated his warning about "threats to democracy."

"The threat of democracy only matters when it's rhetoric because it's all about getting those votes on the ballot," co-host Emily Compagno said. "This just illustrates that their rhetoric — crime, migrant safety, education — it's a sham and so are their principles."

"They're trying to change the optics of what it takes to win an election in five days," host Harris Faulkner said. "But the truth of the matter is, he said to half the country, if you don't vote for him, you're going to break America."

BIDEN RIDICULED FOR ‘DESPICABLE’ SPEECH ON ‘THREAT’ TO DEMOCRACY: ‘WHAT DELUSION LOOKS LIKE’ 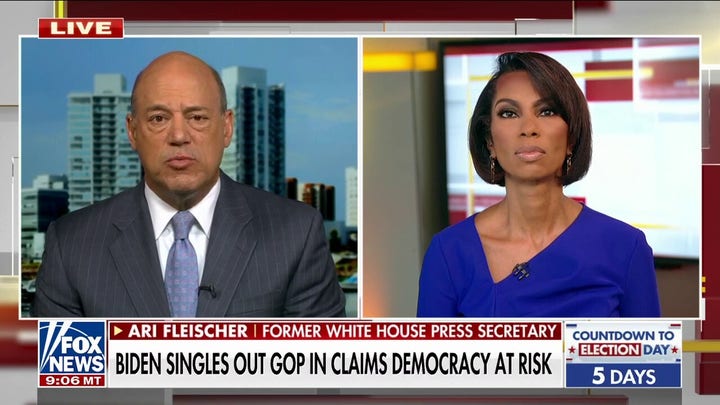 During Wednesday night's address, Biden focused his rhetoric on Republicans, asking Americans to vote for Democrats to protect democracy.

Instead of covering key issues facing voters on Nov. 8, Biden kept his focus on calling out GOP opponents in what some critics have called a "despicable" move.

"Curious because we didn't hear him mention crime in a crime-ridden train station," co-host Kayleigh McEnany said. "The optics matter, but apparently not to the president who argued that voters need to preserve and protect democracy by electing members of his own party."

"You see the mentions he made at zero on the border, zero on crime, zero on inflation, zero on supply chain, zero on gas, zero on China. A lot of big zeros," she added.

Fox News contributor Guy Benson argued that while there are some aspects of President Biden's speech he "could be on board with," such as the dangers of political violence, the anti-GOP rhetoric as well as Biden's administration have killed his credibility on the topic.

President Biden speaks at a Democratic National Committee event in Washington, D.C., on Wednesday, where he issued a fresh warning about threats to U.S. democracy less than a week before Election Day.   (Jim Lo Scalzo/EPA/Bloomberg via Getty Images)

"So if someone wants to make some of the points that he's making, fair enough. It's not front-burner for most Americans," Benson said. "But he and his administration, unfortunately, have very little credibility. And I think that he should probably have a seat."

Despite Democrats' messaging on the threat Republicans pose to democracy, many critics are questioning the party's refusal to tackle the kitchen-table issues driving voters to the ballot box.

"These are kitchen-table issues that should be the priority of the messaging. And we're missing out," Cultureintel & CIien+ CEO Lili Gil Valletta said. "And just anyone that does the homework and looks at the numbers would realign that script." 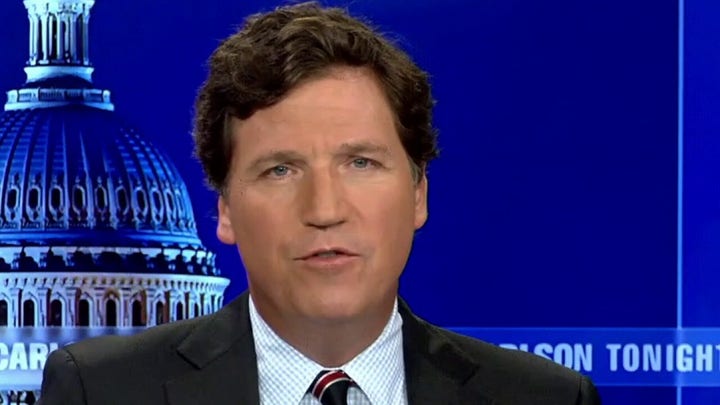 Time will tell whether Biden's speech and Democrats' final pitches drive Americans to vote blue. With five days until states begin to count the votes of Americans, issues like inflation and crime have remained as the top issues for voters.

Compagno called out Democrats for spending millions to help so-called "MAGA" candidates in primaries, believing they would be easier to defeat for Democratic candidates.

"If it was really an existential threat, if it was really about the soul [of America], money wouldn't matter. They would do all that they could to prevent the ‘dismantling of democracy,’" she said.

"But he's been silent about Democrats elevating them the other time."