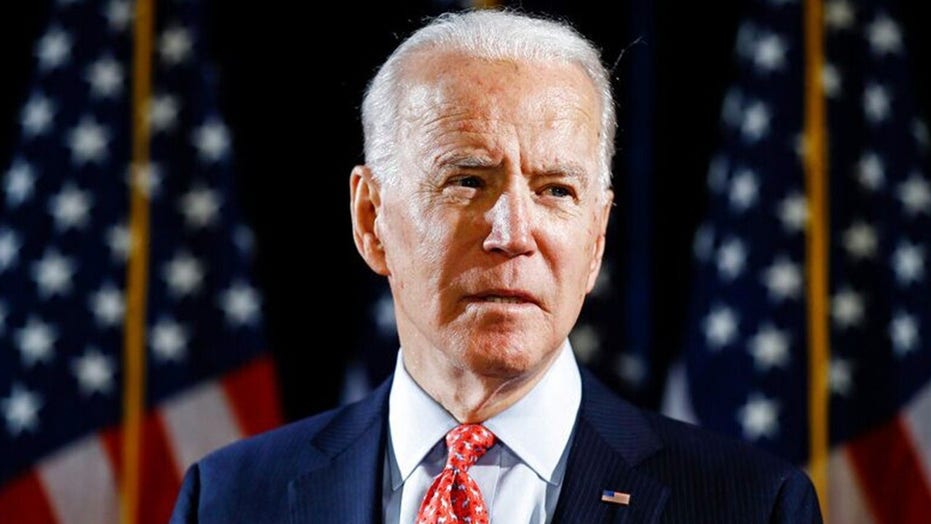 "What's ... interesting to me," McHugh told Carlson of his conversation with Lynda LaCasse, "[is] when I was in the process of asking her a series of questions, I said, 'Do you have an ax to grind? Is there something about the timing of this?'

"She said, 'No, in fact, I’m a lifelong Democrat. And I still plan to vote for Joe Biden, but this needs to be heard because this happened.'"

"She said 'no, in fact, I’m a lifelong Democrat and I still plan to vote for Joe Biden -- but this needs to be heard because this happened.'"

LaCasse spoke on the record with McHugh about conversations she had with Reade in which they discussed the allegations against the then-U.S. Senator in the 1990s.

"Lynda was a neighbor of Tara Reade back in 1995 and 1996 in California," McHugh said. "They were raising young kids and they lived across from each other. She says, she [Reade] told her this story pretty much verbatim of what we heard before, back then."

LaCasse, a retired staffer at San Luis Obispo General Hospital, said she lived in the same apartment complex as Reade in Morro Bay, Calif. She recalled that the two of them had talked about "violent stories" they've experienced, which was when Reade told her "about the senator that she had worked for and he put his hand up her skirt."

"I did a series of interviews with her [LaCasse]," McHugh said. "I said, 'Tell me the story.' She told me that she recalls her [Reade] telling her about the assault, [that] she had worked for Senator Biden and ... all the details of the story matched up with what I'd heard from others who were cooperating."

McHugh noted that LaCasse is the first to speak publically in support of Reade and is doing it "out of the goodness of her heart."

"She is putting her name [out], she is going on the record and saying, 'I have no problem going forward with this,'" he said.

"This is a woman who is very credible in my opinion. She lives a quiet, drama-free life and she doesn't need any of this. She is doing it out of the goodness of her heart."

McHugh said he asked LaCasse if she has any reason to doubt the veracity of Reade's claims, "and she said nothing."

"'I've never known her to be a liar, and she is a good, honest person,'" LaCasse reportedly told him.

LaCasse came forward after a 1993 clip from "Larry King Live" surfaced Friday in which an anonymous woman from San Luis Obispo, Calif. phoned into the iconic CNN talk show and described "problems" her daughter was having with a "prominent senator."

Despite her support of Reade, LaCasse was "very vocal about not wanting to vote for Donald Trump," McHugh noted.