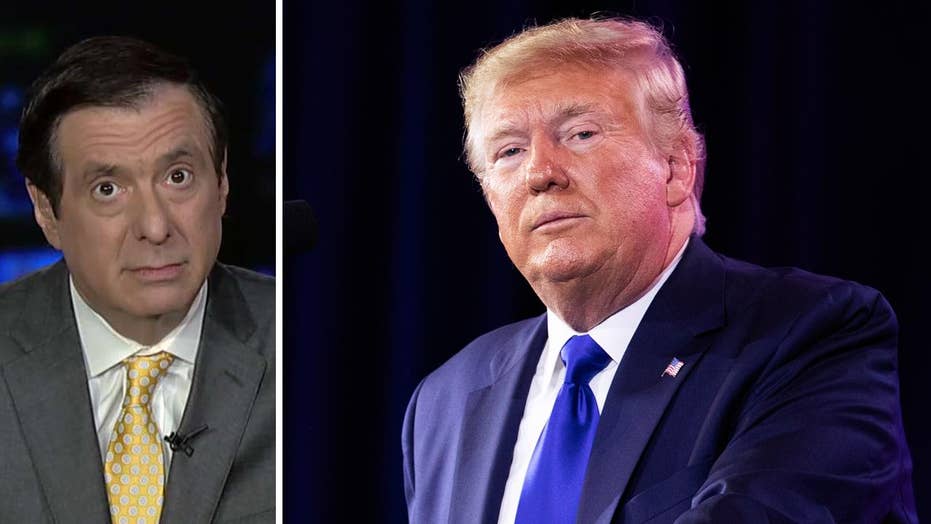 'MediaBuzz' host Howard Kurtz weighs in on the dangers posed by the revolting video which shows 'Trump' murdering his critics.

Who, in the name of helping President Trump, would promote a video that depicts him as a maniacal murderer?

Politics is a rough game and I don’t shock easily, but this is so beyond the pale that it’s hard to grasp.

Now it’s important to say at the top that there’s no evidence the president knew about this. White House spokeswoman Stephanie Grisham tweeted that her boss hadn’t seen it, but “based upon everything he has heard, he strongly condemns” it.

Campaign officials also say they hadn’t seen it. So did Donald Trump Jr. and Sarah Huckabee Sanders, both of whom spoke at the conference, at Trump National Doral Miami, where it was played.

And the organizer for the conference, the pro-Trump group American Priority, denounced the video.

But a participant at the Miami conclave was concerned enough to use an intermediary to slip the footage to the New York Times.

Just to be clear, this is not one of the satiric videos that the president has retweeted, like the WWE-style one showing a Trump character body-slamming a guy with a CNN head.

“The most violent clip,” says the Times, “shows Mr. Trump’s head superimposed on the body of a man opening fire inside the ‘Church of Fake News’ on parishioners who have the faces of his critics or the logos of media organizations superimposed on their bodies.”

“Many parishioners’ faces have been replaced with the logos of news media organizations, including PBS, NPR, Politico, The Washington Post and NBC.

Mr. Trump stops in the middle of the church, pulls a gun out of his suit jacket pocket and begins a graphic rampage. As the parishioners try to flee, the president fires at them. He shoots Black Lives Matter in the head, and also shoots Vice News.

“From there, Mr. Trump attacks a range of his critics. He strikes the late Arizona senator John McCain in the back of the neck. He hits the television personality Rosie O’Donnell in the face and then stabs her in the head. He strikes Representative Maxine Waters, Democrat of California. He lights the head of Senator Bernie Sanders, a Democratic presidential rival, on fire.

“He takes Senator Mitt Romney, Republican of Utah, hostage before throwing him to the ground. Then he strikes former President Barack Obama in the back and throws him against a wall. The clip ends with Mr. Trump putting a stake into the head of a person with a CNN logo for a face.”

A CNN statement said, “Sadly, this is not the first time that supporters of the president have promoted violence against the media in a video…but it is by far and away the worst.”

The piece says parts of the video were posted on YouTube last year by a user with a record of creating pro-Trump mashups.

Put the targets aside for one minute. In this era of mass shootings, why would even the most rabid partisan want to promote video of a massacre? We’ve already endured actual massacres in a church, in South Carolina, and a synagogue, in Pittsburgh.

And we’ve already seen violent nutjobs target political and media figures, from the man who opened fire at a Republican baseball practice to the pipe bomber who mailed explosives to prominent Democrats and CNN.

I’ve been just as vociferous about a play, a video and other imagery (such as Kathy Griffin holding up a severed head) that portrays Trump as being killed. Griffin is murdered in the pro-Trump video and has denounced it.

The conference organizer said the macabre video, apparently adapted from a dark comedic film from 2014, was shown as part of a “meme exhibit.”

Who on the planet thought this was a good idea to bring to a gathering with various Trump World luminaries?

Did those involved expect a standing ovation? Raucous laughter? An invitation to the White House?

We need to know more about who created this travesty, and people of every political stripe should condemn it.