The Fox Nation host joined 'Outnumbered,' explaining there are some far-left Democrats who look down upon Middle America.

Fox Nation host Tomi Lahren explained how liberal elites, and sometimes elected Democrats, often look down upon Middle America as actress Bette Midler takes heat over her insults toward Senator Joe Manchin, D-W.Va., and his constituents. Lahren made the remarks on "Outnumbered" on Tuesday, saying Democrats who don't feel this way should condemn the remarks. Midler later apologized, blaming it on her anger toward Manchin.

TOMI LAHREN: That's what they honestly think of us, and that's not all Democrats, but that certainly a lot of liberal elites out there, especially in Hollywood and unfortunately even our elected Democrats, a few of them feel that way about us, and we talk about those forgotten Americans, those Trump supporters, don't even have to be a Trump supporter, really just people from Middle America places like I'm from in South Dakota. That's what they think of us. They look down upon us. We're not the coastal elites, and they think that we are less than they are because we don't live in Hollywood. We don't live in a high rise in New York City, but I would caution the American people to pay attention to this because it's not just people like Bette Midler, but it's a lot of that party, unfortunately.

And we need Democrats that don't feel that way to stand up and speak out and say, Whoa, whoa, this is not what we think of you. We believe in the forgotten Americans. We believe in Middle America. We believe in the heartland. But unfortunately, Democrats aren't doing that, and that's why we're led to believe this is how they actually feel about us. 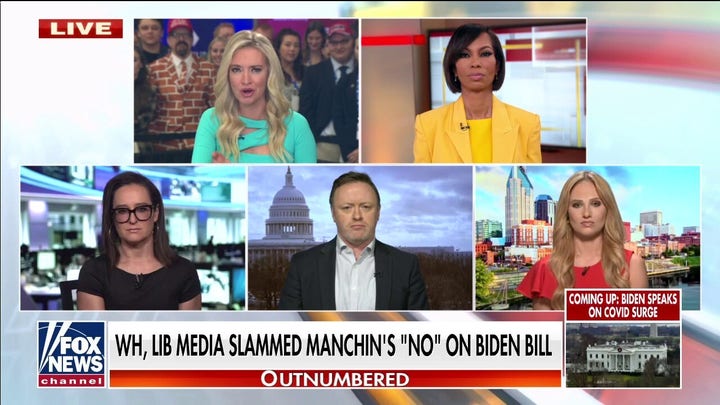