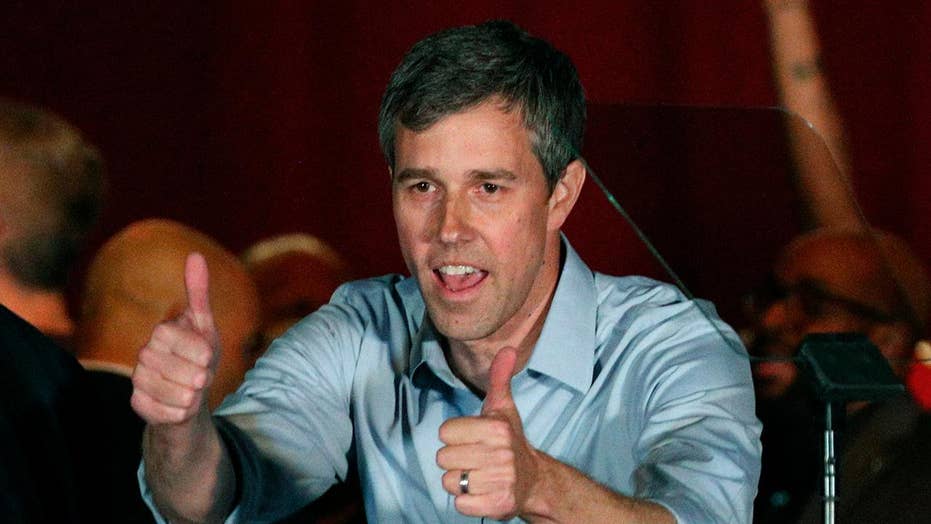 "Who the f--k do you think is working on the farms and feed lots, in the packing houses and processing plants at a time where we are struggling to feed ourselves?" O'Rourke asked on Twitter. "Who is in the kitchen? Who is picking, preparing, serving the food we eat and cleaning up afterwards?"

The president announced late Monday he would sign an executive order to temporarily shut down immigration during the coronavirus pandemic, citing the need to protect Americans and their jobs.

O'Rourke called the order "an attempt to distract us from his total mismanagement (43,000 of our fellow Americans have died so far - 20,000 more than next closest country AND we’ve tested little more than 1 [percent] of U.S.). But will still have terrible consequences for America. We should take it seriously."

DANA PERINO: BETO 'CLOSED OFF FROM ANY FUTURE ELECTED OFFICE FOR HIMSELF'

The former 2020 presidential candidate added that immigrants were many of the people "saving this country" while Trump "bungled" the government's response to the crisis.

"And what about the scientists and doctors who will come up with the cures and vaccines?" O'Rourke added on Tuesday. "You better believe many of them will be immigrants."

Much of the immigration system has already ground to a halt because of the pandemic. Almost all visa processing by the State Department has been suspended for weeks. Travel to the U.S. has been restricted from much of the globe, including China, Europe, Mexico and Canada.

Criticism of Trump’s new announcement was swift. Ali Noorani, president of the National Immigration Forum, noted that thousands of foreign-born health care workers are currently treating people with COVID-19 and working in critical sectors of the economy.

“The fact is that immigrants are standing shoulder-to-shoulder with U.S. citizens on the front lines helping us get through this pandemic,” he said.

But according to the Immigration Reform Law Institute (IRLI), Trump's actions were appopriate given the circumstances.

"President Trump's action to suspend all immigration is perfectly legal and appropriate. Federal law endows the chief executive with broad powers in times of national crisis. Coronavirus is crippling both the health and work prospects of American citizens. To allow a continued influx of foreign nationals at this time would only worsen the situation," said Dale Wilcox, executive director and general counsel of IRLI.

Customs and Border Protection Commissioner Mark Morgan recently told Fox News that Trump's previous immigration restrictions have been critical in preventing the spread of the coronavirus.

"Look at where we've come because of this president, because of this administration, because of the tools, including the wall ... We're much better positioned now today to handle another threat to our country today through infectious disease," he said.