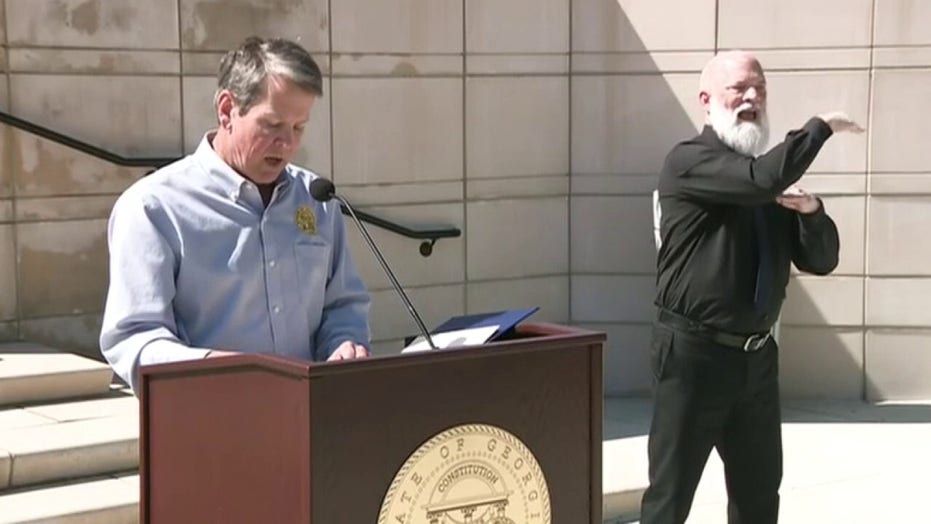 Some governors have announced plans to bring their states' economies closer to full force amid signs the coronavirus outbreak is slowing — but they’re not all being treated the same by mainstream media, according to one prominent watchdog.

Republican Georgia Gov. Brian Kemp announced Monday that certain businesses, including gyms and hair salons, could reopen in his state beginning this Friday. The news sparked social media outrage and was widely criticized as premature and irresponsible.

But Fourth Watch editor Steve Krakauer said that mainstream media isn’t treating all governors equally and thinks the narrative will have to change once Democratic governors make similar decisions.

“The media narrative will have to shift as more blue states join the red ones in returning to some normalcy.”

“Never mind that this same strategic easing of lockdown restrictions, while still maintaining social distancing guidelines, is being implemented by Colorado's governor in nearly the same exact timeframe — the Democratic governor announced he would let the stay home order expire Monday,” Krakauer wrote.

Democratic Colorado Gov. Jared Polis also declared on Monday that certain businesses and facilities would be able to resume on April 27 with social distancing in place, according to the Denver Post. Colorado will then allow many retail stores to open on May 1, with “large workplaces” resuming on May 4 at 50 percent capacity, according to the Colorado Public Radio.

“The media narrative will have to shift as more blue states join the red ones in returning to some normalcy, Krakauer said.

Health officials have warned that allowing businesses to reopen too quickly could result in a spike in COVID-19 cases, but Monday's announcements came as states were feeling the pressure to roll back social distancing measures and reopen an economy decimated by forced business closures and layoffs.

President Trump last week unveiled a plan for reopening the economy in several phases based on the severity of the outbreak in each state or region.