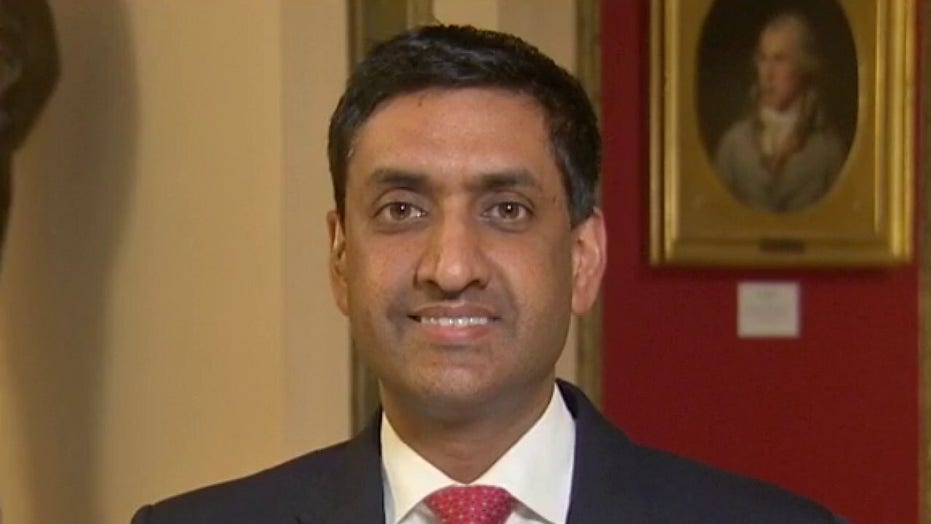 Sanders campaign on support from DNC

Rep. Ro Khanna, D-Calif., who serves as the national co-chair for the Bernie Sanders presidential campaign, told Fox News Wednesday that President Trump "actually understands" the type of campaign Sanders is running and the socialist's ability to defeat him in the 2020 election.

"[Sanders] won working-class whites without a college degree in New Hampshire. He won rural voters. He won independents. He won young voters ... won Latino voters. So he's building the type of coalition that can really defeat Donald Trump," Khanna said on "The Story with Martha MacCallum" Wednesday. "And Trump actually understands it. I mean, Trump understands the power of crowds. He understands the power of having an online following and he is right to recognize that Bernie Sanders is the person on the other side who's building that."

Earlier in the interview, MacCallum played Khanna a clip of CNN analyst Van Jones asking Tuesday why no one is talking about Sanders in the wake of his victory in the New Hampshire primary.

"Bernie Sanders is a phenomenon. He isn't getting attention. People don't talk about it," Jones said on CNN. "He's appealing to young people and people of color increasingly and women. If anybody else had all that would be saying, this guy is our guy. For whatever reason, we continue to talk about anyone but Bernie Sanders."

“Because Sanders has real followers, whether you like him or not, whether you agree with him or not. I happen to think it’s terrible what he says. But he has followers," Trump said at the White House. "Bloomberg’s just buying his way in.”

MacCallum asked Khanna if he was concerned that the Democratic National Committee would work against Sanders, as many of his supporters accused the DNC of doing in the 2016 primaries.

"I think this time it's going to be so clear that the energy is behind Bernie Sanders. He's going to go into the convention with a [delegate] lead and hopefully with the majority [of delegates]," Khanna said. "I'm confident we're going to do well in Nevada. I think we're going to win California."