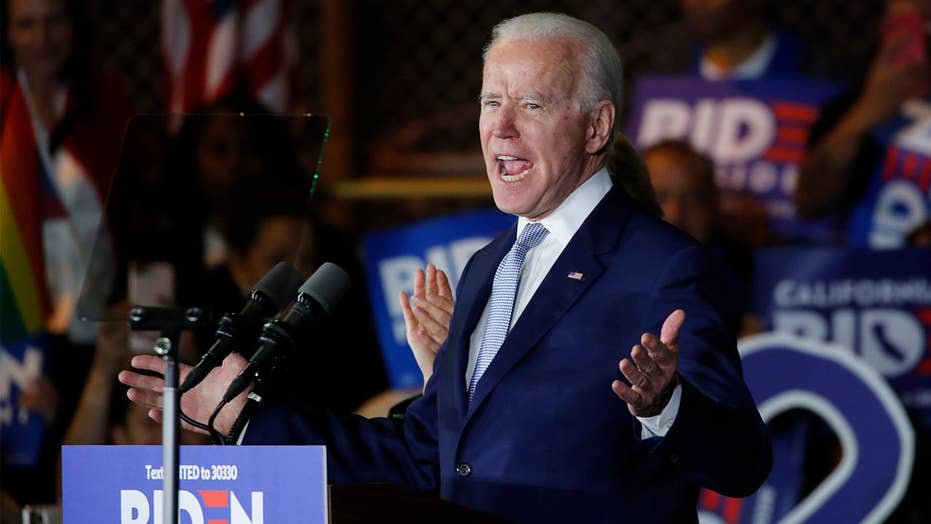 The Sanders campaign unleashed on Washington Post columnist Jennifer Rubin, accusing her of using black voters as a "human shield" to defend the establishment.

Speaking to reporters on Wednesday following a tough Super Tuesday battle against former Vice President Joe Biden, Sen. Bernie Sanders knocked his opponent whose campaign he said is supported by the "corporate establishment," citing "60 billionaires" that have contributed to Biden's campaign.

"Does anyone seriously believe that a president backed by the corporate world is going to bring about the changes in this country that working families and the middle class and lower-income people desperately need?" Sanders asked.

"Black people are not going to let a Republican like Jennifer Rubin use us as a human shield for the billionaire-backed corporate interests Bernie is referring to when he says 'establishment.' The way she & others are weaponizing black voters to defend elites is shameful," Gray reacted to the self-described "conservative" writer.

She continued, "No one hates voter shaming more than Bernie. The 'establishment' =/= not black voters, who are some of the most structurally disempowered ppl in America. (Just look at the voting lines in our neighborhoods). It is the monied interests that work against the interests of the ppl. What they want is for us to stop critiquing the gross and undemocratic imbalance of power in this country. We won't. Call it 'establishment.' Call it' 'the man.' Call it the 'corporate elite.' It doesn't matter. But achieving equality requires that we call it out.

MSNBC and the Sanders campaign have gone back and forth in recent weeks as the self-described socialist began emerging as the clear 2020 front-runner. And in recent days, CNN also ratched up attacks on Sanders as Biden emerged as the Democratic alternative.

"At least some of Joe Biden's success tonight is owed to the fawning press coverage after his South Carolina win, which -- although expected -- was blown up into a game-changing comeback," progressive journalist Walker Bragman told Fox News.

Bragman suggested that the coverage Sanders has received directly impacts his supporters, telling Fox News that they feel like their candidate "has gotten a raw deal from the party and from media." He even predicted that "thousands" of them would stay home if Biden were to become the nominee because they were so disenfranchised by the treatment Sanders faced.

"They are very protective of their candidate since he is the only one they trust on the issues that personally affect them--healthcare, debt, the climate, etc. A big part of his credibility comes from the fact that the people who led the way in creating the status quo oppose him so much. I don't see them turning out for Joe Biden after this grueling primary," Bragman said.