“Heres the worst-case scenario for Republicans," Shapiro said on the  "The Ben Shapiro Show."  "They don’t call witnesses; two weeks before the election, witnesses come out and say a bunch of damaging things to Trump; Trump loses and the Republicans lose the Senate."

Shapiro was responding to reports that some Republican senators are planning to break ranks with the party and demand to hear from additional witnesses after The New York Times reported that the manuscript of former National Security Adviser John Bolton's forthcoming book that could prove pivotal in the trial. Democrats are hoping to subpoena Bolton to discuss his claim that Trump explicitly linked a hold on Ukraine aid to an investigation of Joe and Hunter Biden.

"But, there’s another issue on the table here," he continued. "If senators look like they’re obstructing, they could lose the Senate and that is a problem for Republicans."

President Trump responded in a series of tweets Wednesday to the claims in Bolton's book, which Shapiro said puts him in a "factual conflict with a key witness."

"Trump has gotten into a firefight with one of the prospective chief witnesses," he explained. "The reason that's a problem is because then it looks like a Republican cover-up if they don't actually hear from ... John Bolton."

Shapiro then addressed Republican senators who oppose calling witnesses for fear of dragging out the trial.

"To the Republicans who are saying 'It’s going to drag this thing out ... ' then accelerate it," Shapiro said. "Just say 'We’re gonna do all witnesses ... we’re gonna have two hours of hearing from all the witnesses."

"The reason I’m not worried about having witnesses is because I don’t actually think Trump did anything impeachable."

"The [House] Democrats did it ... they did all the hearings in two weeks," he added. "The notion that this has to take months on end ... I don’t see why." 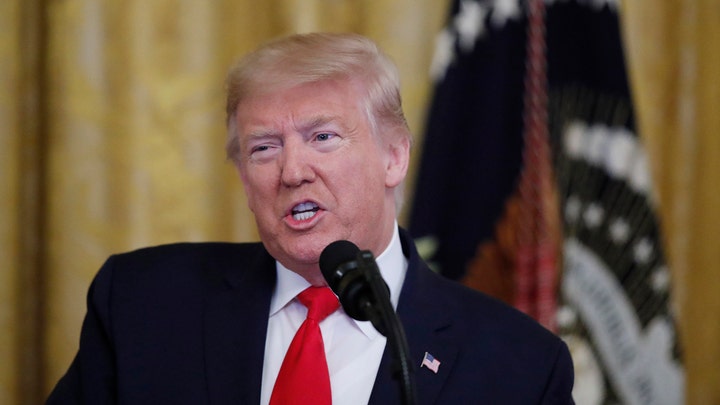 “The reason I’m not worried about having witnesses is because I don’t actually think Trump did anything impeachable," he said.

"If you’re in favor of conservatism, you want Trump to get re-elected and also a Republican Senate, then what you would like here is for all the information to get out as early as possible, hear all of it," Shapiro explained.

"In all likelihood, there’s nothing there that’s impeachable and then we can move forward to the election."