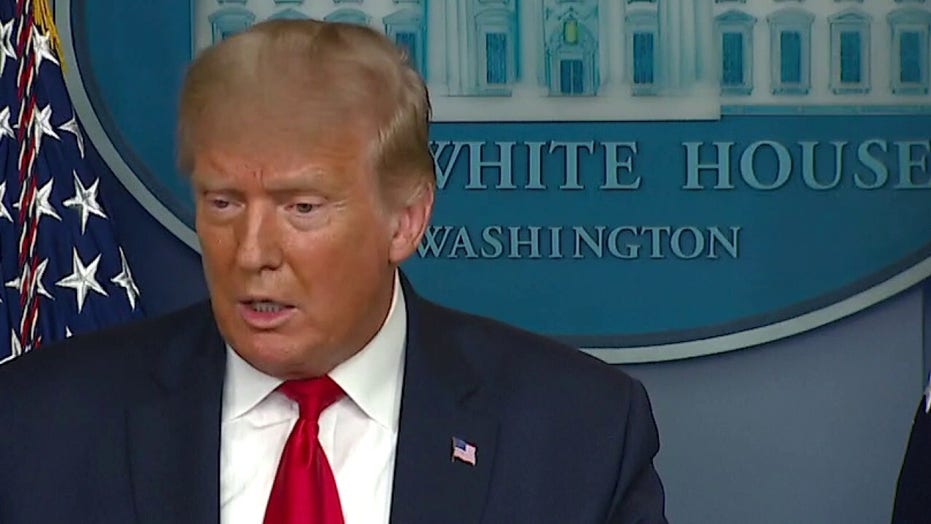 Trump fires back on Woodward tapes: I never lied to American people

Ben Shapiro questioned the wisdom of President Trump allowing himself to be repeatedly interviewed by veteran journalist Bob Woodward after audio excerpts were published by The Washington Post Wednesday.

"Who in the hell thought it was a good idea for Trump to talk to Bob Woodward?" the "Ben Shapiro Show" host asked Thursday, later adding that "letting the fox into the henhouse is a really bad idea, particularly with President Trump, who is fond of overstating things.

"He is a real estate magnate with a gift for puffery."

TRUMP LASHES OUT AT WOODWARD BOOK AS 'POLITICAL HIT JOB'

Trump has been criticized after telling Woodward in a Feb. 7 interview that the coronavirus was "deadly stuff" weeks before comparing it to seasonal flu. A month later, on March 19, Trump admitted to Woodward that he "wanted to always play it [the virus] down. I still like playing it down because I don't want to create a panic."

Shapiro characterized Woodward as a "pseudo-journalist" whose last several books "have come under serious question for decontextualizing comments."

"He'll report rumors, doesn't footnote his stuff ... he's sort of famous for this," said Shapiro, who emphasized that Woodward having a direct line to Trump was "inexcusable," "political malpractice" and "stupidity of the highest order."

"I frankly don't care that Senator Lindsey Graham supposedly told Trump to talk to Woodward," he added. "Trump is a grown man."

Weighing the impact of Trump's newly-revealed comments on the fall election, Shapiro posted that "everybody, I think, already baked in that Trump botched his rhetorical handling of the virus."

However, he asserted, "realistically speaking, just assessing the politics of the situation, it hurts him in debate and it hurts him in ads. Now Joe Biden has a real line of attack against Trump."