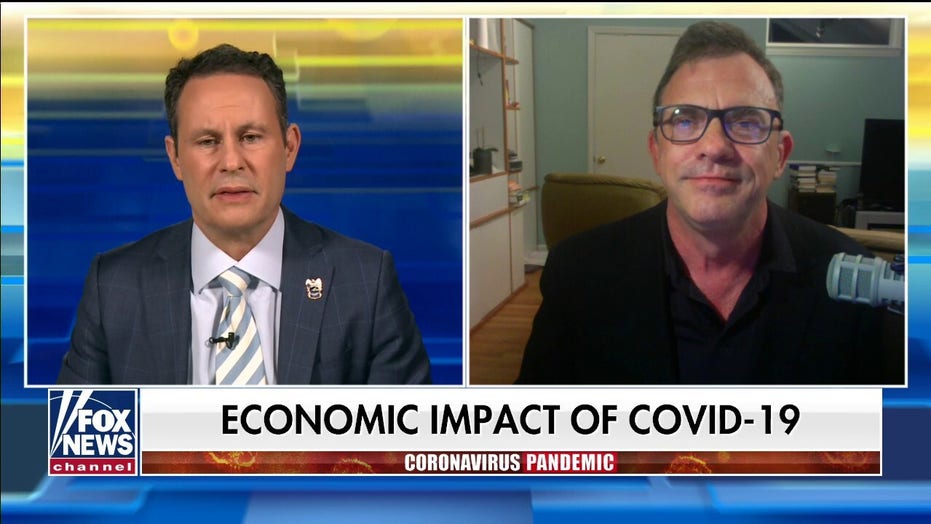 Conservative commentator Ben Shapiro slammed New York Gov. Andrew Cuomo Thursday over an "insane" exchange with a reporter in which Cuomo claimed that state residents should take a job as an essential worker if they were so eager to return to employment.

"That’s insane. What an absolute a-hole," the "Ben Shapiro Show" host responded Thursday. "That is unbelievable stuff from Andrew Cuomo there."

Cuomo made the comment Wednesday at the end of a long exchange with WRGB reporter Anne McCloy, who told the governor that she had spoken with demonstrators outside New York’s state Capitol in Albany before Cuomo's daily press conference. The protesters told her they can’t wait for widespread coronavirus testing – which Cuomo has been pushing  -- and want to return to work so they can have an income and feed their families, McCloy said.

“If you want to go to work, go take the job as an essential worker. Do it tomorrow,” Cuomo told McCloy in response to the demonstrators.

Shapiro was quick to call out the governor's "ridiculous, sneering answer."

"All those people out of jobs ... they can just get jobs as a reporter? They can just go become a nurse or a doctor today?" Shapiro asked. "What in the world?"

"That is the easiest and most scoundrel-like take on politics I can imagine," Shapiro responded. "Death is not equal to any of the other things. Yes, that is true for the individual. But for the society, we make these calculations all the time because that’s called policymaking, and responsible policymakers make these decisions based on weighing a variety of factors."

Only "bad politicians" dictate policy based on "one factor," Shapiro explained.

"Everyone understands this," he added. "No one's willing to say it out loud because they’re gutless, but everybody understands that they’re going to have to make these calculations."

Shapiro went on to question the governor's authority to "decide what an essential job looks like," saying that question is usually decided by "people. Human beings. The economy. Not Andrew Cuomo."

"You know whose jobs are essential workers? Everyone’s," he added, "and to pretend that the job is not essential to the person and to the economy is to override everybody else’s free choice and the interest of the person who just lost their job ... and there are 30 million of them."

Shapiro said he is bothered by the term "essential workers" which he called "arbitrary" and "ridiculous on its face."

"That’s not to suggest that lockdowns aren’t necessary and that there are not truly essential workers but I will point out that my job in the media is far less essential that a doctor or nurse's job," he said.

"This is all arbitrary, and if was connected to public health I’m all in favor of it. But I don’t think it was. He [Cuomo] is using it as an excuse for his bad public policy ... the 'if I save even one life routine.'"

"That," Shapiro concluded, "is an enormous amount of scorn for people who are losing their livelihoods."