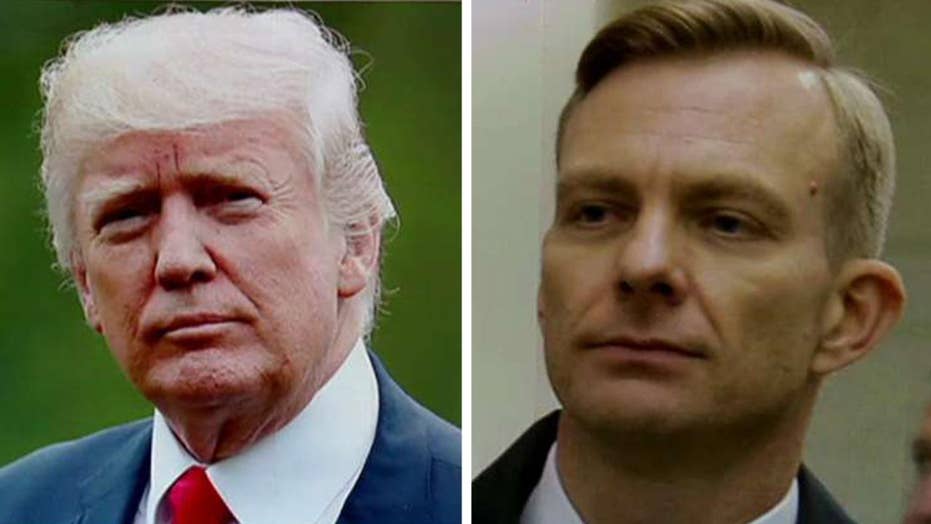 CNN anchor tries to disprove theory by calling his mom; reaction and analysis from the ladies night panel on 'The Story.'

The Babylon Bee had some fun at the expense of CNN after one of its reporters attacked the conservative satirical site over an article's popularity on social media.

The Bee ran a piece Tuesday with the headline, "CNN Attacks Babylon Bee: 'The Internet is Only Big Enough For One Fake News Site.'"

The site satirically reported, "'There ain't room in this internet for the both of us,' growled one CNN anchor on the air Monday evening. 'There simply aren't enough people out there for us to fool with our fake news stories and The Babylon Bee to fool with their satire. There isn't enough clickbait and outrage traffic to go around.'"

According to the "report," numerous CNN reporters complained their news was "much faker" than the Bee's.

There was even a quote jokingly attributed to CNN's media correspondent Brian Stelter.

"'They're obviously amateurs over there at The Bee,'" a fictitious Stelter stated. "'A lot of times, their reporting comes true. If you're gonna do fake news, do it right -- 100% fake, guaranteed, 24/7. They really should learn from the pros over here at CNN... Stay out of our territory.'"

On Sunday, CNN reporter Donie O'Sullivan sounded the alarm after a single Bee article that satirized the Democrats' reaction to the killing of Iranian Gen. Qassem Soleimani was said to have been shared on Facebook over 500,000 times.

"To put this in perspective, this is the same number of engagements the top NY Times and CNN stories on Facebook had over the past week," O'Sullivan tweeted. "A lot of people sharing this 'satirical' story on Facebook don't know it is satire."

O'Sullivan, who covered "disinformation, politics, and technology," blasted the Bee over what he suggested was its weak effort to present itself as a satirical outlet.

"Having a disclaimer buried somewhere on your site that says it’s 'satire' seems like a good way to get around a lot of the changes Facebook has made to reduce the spread of clickbait and misinformation," O'Sullivan elaborated before pointing to Facebook users whose comments suggested they believed the satirical piece.

The CNN reporter was pummelled on Twitter, including by Babylon Bee founder Adam Ford.

"A CNN reporter is taking shots at the Bee because our articles get shared a lot and some people think they're real (which will always happen with satire). After thinking 'how adorable,' I thought, 'well surely this guy has chirped at the Onion for the same thing..." Babylon Bee founder Adam Ford responded. "There are websites dedicated to chronicling reactions from people who think Onion stories are real. Foreign leaders have famously been fooled by Onion articles. And this guy's bio says he 'covers disinformation' for CNN. Surely he has taken the Onion to task as well, yes?"

He continued, "As it turns out, Mr. O'Sullivan HAS tweeted about the Onion. But it looks like he's quite the fan!"

Ford included screenshots of several tweets made by O'Sullivan praising The Onion's work.

The Babylon Bee widely has been seen as a conservative version of The Onion.