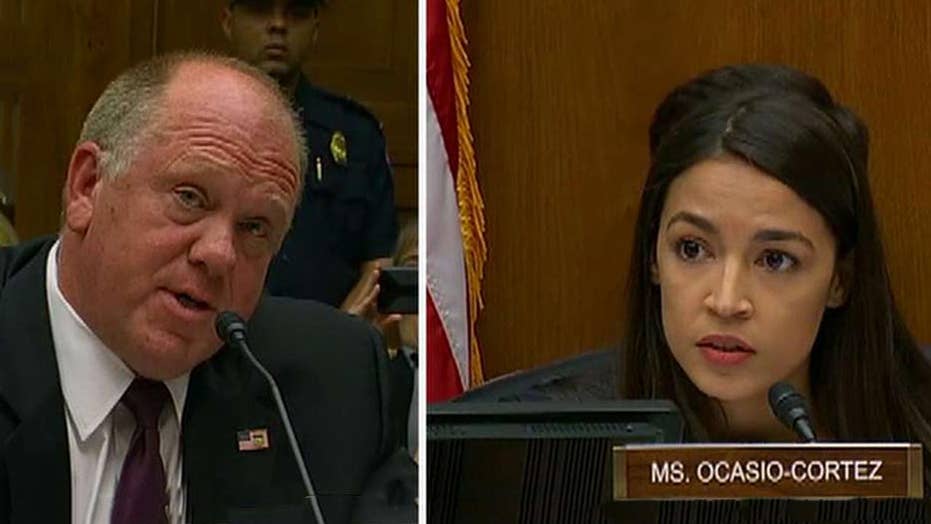 Republicans don't believe in a future for the United States and want to worsen the problems associated with the current political system, Rep. Alexandria Ocasio-Cortez, D-N.Y., said on Tuesday.

"Their goal is to make sure that frankly, government as we know it is dismantled," she told the radio station Hot 97 In New York. According to Ocasio-Cortez, Republicans aren't after solutions; they want to deepen corruption as well as "eliminate Medicare and Social Security."

"The way that they justify it is by having this argument that none of this is worth it. That's like really the core of it. They don't believe in a future. I mean, I just don't think they believe in a future for the United States so they're just like, 'Let's get ours,'" she said, according to a post from the radio station.

During the interview, she also indicated the United States was to blame for destabilization in Central America and the resulting influx of migrants that tried entering through the southern border.

Her interview came as President Trump faced racism accusations over tweets about her and other Democratic lawmakers, including Rep. Elijah Cummings, D-Md.

Ocasio-Cortez argued that when Trump tweeted about progressive freshmen like her going back to their home countries, he "showed [his] hand."

"This has never been about undocumented immigrants, it's never been about this. They've always said that but to the point that you are now telling members of Congress to 'go back to your country,' you showed your hand ... This has always been about race," she said of Trump's immigration policy.

She also suggested it was "hilarious" for Trump to accuse her of bashing America. "His whole campaign was like actually trashing the country ... The whole slogan, 'Make America Great Again,' what does that suggest? It implies that our nation is not great. So, he ran saying America isn't great. He ran on this nihilistic platform saying the president is trash, the country is trash," she said.