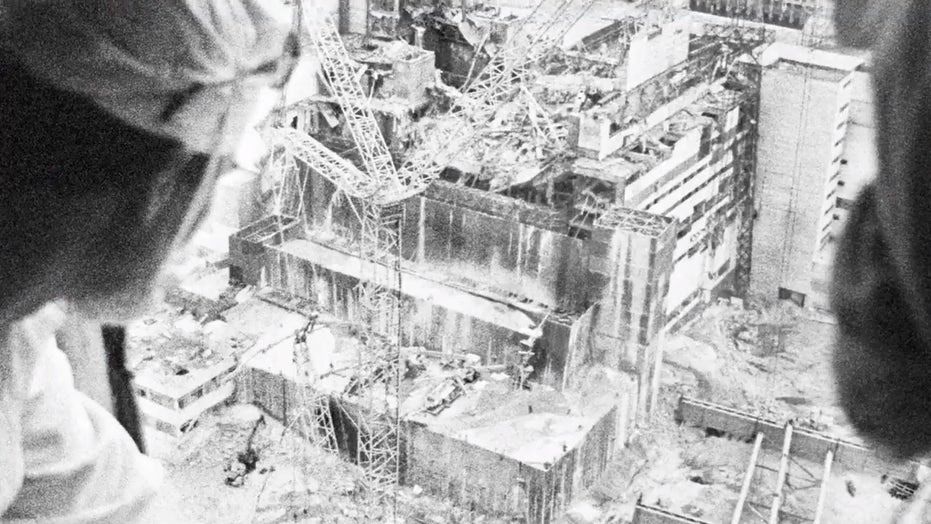 April 2020 marked 34 years since the world's worst nuclear disaster -- the explosion of the Chernobyl nuclear power plant in Ukraine.

Renewed worldwide public interest in this radioactive wasteland, arguably greater now than it has been in decades, was sparked by a hit HBO series that re-examined the incident and the communist Soviet government's response.

"In that year, the [Ukranian] government began promoting tourism to the zone," she continued, "And now visitors have slowly returned. Many on organized tours with government blessing. Even though some of Chernobyl is still a threat."

In "Destination Chernobyl," Miller traveled to Ukraine to see first-hand the allure of the radioactive getaway that is attracting thousands every year.

"What I found was that this eerie post-human landscape is now once again filling with humans, tourists eager to explore the still dangerous, abandoned region and guides and government officials eager to profit from them," said Miller.

Serhii Plokhii, a Chernobyl historian and the director of the Ukrainian Research Institute at Harvard, told Fox Nation that the world's renewed fascination with Chernobyl surpassed all expectations.

"It was in June at the time when the docu-drama was released and people involved in tourism there expected it to hike, maybe 25, 50 percent. It looks like it grew 400 percent," he said.

But despite the dangers of Chernobyl, Miller said that she believes its lessons and warnings are worth learning first-hand.

"It really brings home, in a dramatic way, the danger of nuclear power," Miller told Fox News, "especially of poorly-designed reactors and the potential for catastrophic outcomes of what seems to be a plausible alternative to oil and gas that is polluting the environment."

Once home to some 50,000 people whose lives were connected to the Chernobyl nuclear power plant, Pripyat was hastily evacuated one day after a reactor at the plant 3 kilometers (2 miles away) exploded on April 26, 1986. (AP Photo/Efrem Lukatsky) (The Associated Press)

"It is as long as nothing goes wrong," she argued, "We now have enough warnings, 3 Mile Island, Fukushima and Chernobyl to give us pause and realize the potential for a low-incidence, high-damage disaster."

More than three decades later, the deadly lingering radiation still causes anxiety across the region and the world.

In April, massive wildfires scorched thousands of acres inside the so-called Exclusion Zone, which surrounds the former nuclear power station.

Plumes of smoke from the burning of contaminated trees raised concerns that radioactive particles could be spread, though the International Atomic Energy claimed it posed "no risk to human health."

While the station and the ghost city of Pripyat, which housed Chernobyl's workers, were untouched by the fires, surrounding Soviet-era villages and tourist camps were reportedly reduced to rubble.

There is no guarantee that wildfires will not someday destroy more of this grotesque monument to the horrors of a preventable, man-made catastrophe

To watch all of "Destination Chernobyl," including Miller's interviews with Ukrainians, who lived through the disaster, go to Fox Nation and sign up today.