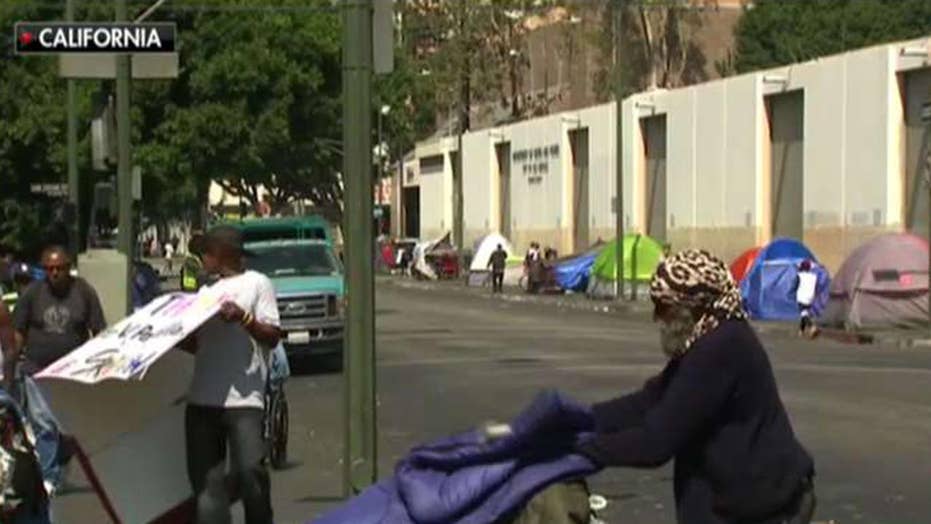 America's most progressive cities on the decline

Who lives in America's most "progressive" cities these days? A combination of transient "hipsters" who stay just a few years, some "very, very wealthy people" and the poor "who are dependent on the welfare state," Chapman University fellow Joel Kotkin told Fox News' Tucker Carlson on Wednesday.

"The middle class" Kotkin added, "is literally becoming extinct, as is the family, in much of urban America today."

Kotkin, a Chapman University fellow and author of "The Human City: Urbanism for the Rest of Us," shared his views during a discussion of the homelessness crisis in California cities such as Los Angeles and San Francisco.

"I think it's been happening over the years," Kotkin said of the problems in cities. "For a while, it was because the cities were declining. Then when the cities started coming back they became very expensive and a lot of old middle- and working-class neighborhoods were kind of undermined."

According to a 2018 report from the U.S. Department of Housing and Urban Development, a family of four living in San Francisco making $117,422 a year qualifies as "low income." For singles, a salary of $82,000 or less puts them in the low-income bracket as well. In comparison, "low income" for a family of four in New York City is  $83,450 per year.

In his 2019 report on housing affordability in the San Francisco Bay Area, Compass economist Patrick Carlisle said "affordability percentages remain low by historical standards, and the Bay Area typically has among the lowest in the nation."

According to data from the California Association of Realtors, only 17 percent of households can afford to buy a median-priced home. In San Francisco, that's $1.7 million.

Although some have blamed progressive policies, such as downgrading non-violent felonies to misdemeanors, for the homeless crisis, Kotkin said "it's not the politics."

"There were some great Democratic mayors who helped turn around cities."

Instead, Kotkin blamed low voter turnout and political disengagement for lack of change.

"People are not engaging in politics," he said. "This is part of the sort of futilization that's going on. The middle and working class is just sort of saying, 'There's nothing we can do, so we're just going to either leave or we're just going to have to put up with it.'"