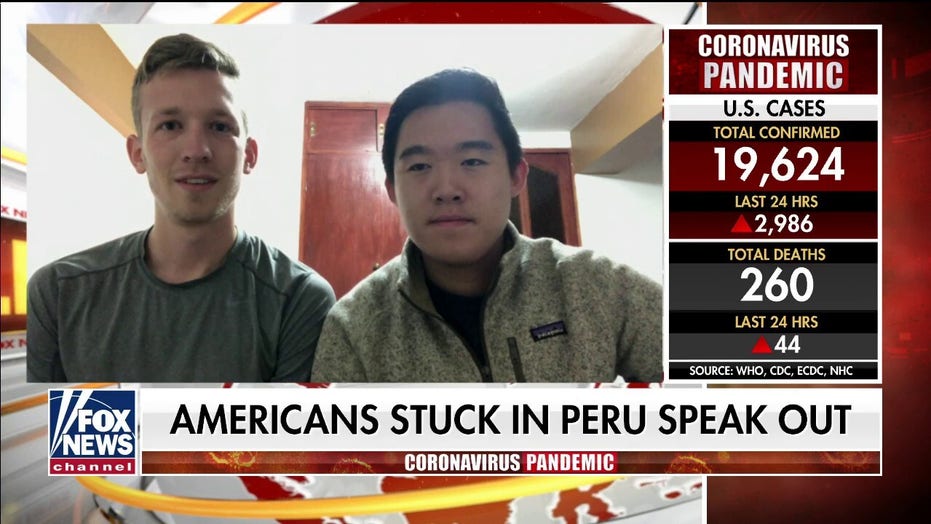 Americans stuck in Peru speak out

Two Americans who became stuck in Peru after borders closed amid the threat of the coronavirus (COVID-19) pandemic are speaking out about their experience.

In an interview on "Fox & Friends Weekend" with host Pete Hegseth, Dan West and Jonathan Du said that the order made by the Peruvian government to close borders for two weeks took them by surprise.

West said that originally things "seemed like they were fine" but quickly evolved as news broke from Italy and the United States.

"And then, all of a sudden the president announces that they are closing borders here in Peru and that just completely [caught] us off guard," he admitted.

What was originally a once-in-a-lifetime trip became a desperate attempt to return home.

"Well, initially I mean there was just so much anxiety revolving around whether or not we could go home," Du said. "We went to the airport around 3 a.m. on Monday morning and there were just hundreds of people at the airport all trying to get out. All people who didn't have tickets." 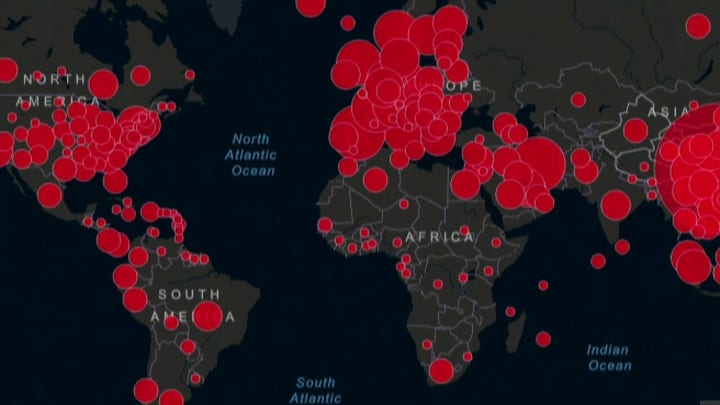 Du said that's when the pair decided to reach out to other Americans in the same situation. In a matter of days, they had hit capacity on WhatsApp, moved over to Telegram, have a thousand people on their Facebook, and now over 1,600 on a spreadsheet they've been circulating.

Although there is currently no official count, more than a thousand U.S. citizens are believed to be stuck in the South American country. On Thursday, President Trump said that the military is going to help bring them home.

“They got caught, they were late with their flights, we gave them a period of time, they didn’t make it, but we’re looking to get them out probably through the military," Trump told reporters.

"And we are hearing now the president announced that they are going to be helping us out," West remarked. "We are hearing flights have gotten to Morocco. We already saw that a United charter had landed in Lima yesterday and took some Americans back to Washington, D.C. And, the U.S. Embassy said that they are working to get everyone out."

"They are working on Lima first and then they are coming to Cuzco. So, we are just crossing our fingers and hoping that our time is soon," he concluded.