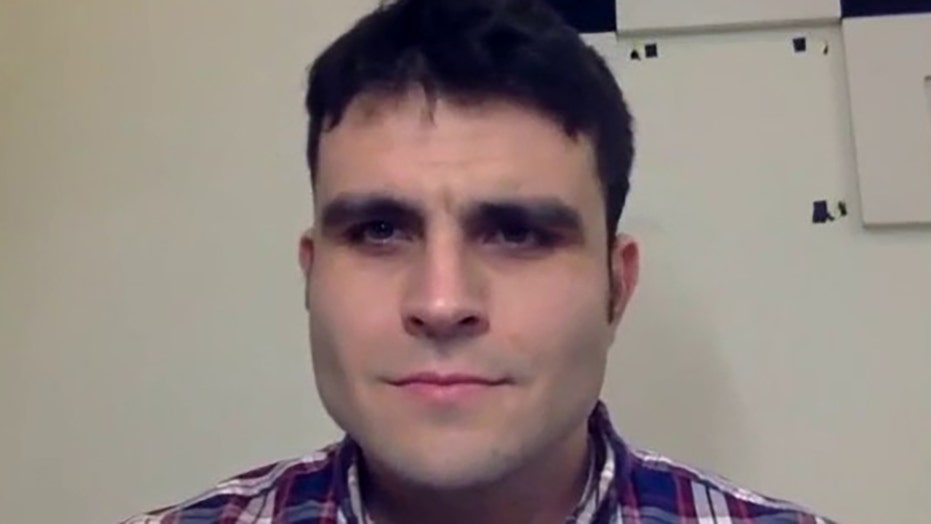 Doug Perez on being an American in Wuhan, China in the middle of the coronavirus outbreak

San Francisco native Doug Perez on turning down a flight offered by the U.S. State Department to stay with his Chinese girlfriend.

What's it like to be stuck in ground zero for the deadly coronavirus outbreak in China? Doug Perez, an American living in the quarantined city of Wuhan, described his experiences on Thursday's edition of the "Fox News Rundown" podcast.

He said he barely leaves the house, except to walk his dog.

"Whenever we leave [the home], we bring the dog," said Perez, who lives with his girlfriend and their labrador, Chubby. "So we only take him out for walks. That's the extent of us leaving."

Perez, who teaches English in the city, told host Dave Anthony about a "scary experience" in which he and his girlfriend had their temperature checked outside a grocery store where they went to stock up on food and supplies.

The outbreak has killed at least 170 people in China and sickened more than 7,700 worldwide, with five confirmed cases in the U.S. In mainland China, it has already infected more people than were sickened during the SARS outbreak during the 2002-2003 outbreak, though the coronavirus death toll remains lower.

According to Perez, hospitals in Wuhan are overrun and people suffering from "mild symptoms" are being advised to stay away.

"Even the government made an official announcement in Chinese saying that ... if you're 'a little bit sick', do not come to the hospitals, we're overrun," he said.

"They need supplies. It's a disaster."

Perez added that his plan was to "stay in ... take aspirin and ibuprofen to control the fever and ... just rest. And eventually, if you're young and healthy, your body should be able to stop the virus."

Perez also said he was less worried about the virus than the response by the Chinese government and his fellow citizens. He noted that food deliveries had not come through in recent days.

"The government here has taken a very, very strict, very strict and very proactive response... to this coronavirus," Perez said. "It wouldn't surprise me if there are some problems in the future, especially, you know, food shortages or civil unrest."

Perez, who said he feels fine, declined to take the U.S. government's offer and pay to be flown out of the city because he would have had to leave his girlfriend and their dog behind.