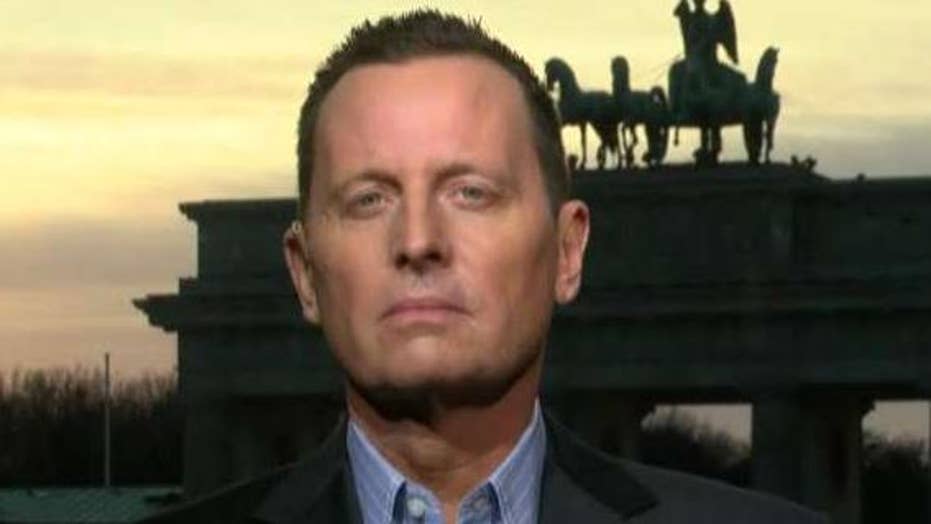 Progress is being made in swaying European nations to get tough with Iran, U.S. Ambassador to Germany Richard Grenell said Saturday.

Appearing on "Cavuto LIVE," Grenell said German Secretary-General Paul Ziemiak's announcement that Germany and other European nations should move forward with sanctions on Iran marked a "real switch" from when Europeans were "going around the situation."

"Now the Europeans are talking about whether or not they should even be continuing in the [Iran nuclear deal] because of what they have seen from the Iranian regime. So, I think that we're in a fundamentally different place and a better place," Grenell said.

On Wednesday, President Trump spoke to the secretary-general of NATO, Jens Stoltenberg, following the president's nine-minute speech earlier in the day urging the organization to take a larger role in quelling strife in the Middle East.

A White House spokesman said Trump spoke to Stoltenberg and “emphasized the value of NATO increasing its role in preventing conflict and preserving peace in the Middle East,” according to Politico.

After speaking, Trump and Stoltenberg "agreed that NATO could contribute more to regional stability and the fight against international terrorism" and said they would be "in close contact on the issue," according to a readout of the call.

Grenell echoed the president's pleas: "We see that Iran is supporting terrorism, so let's use diplomacy ... through sanctions and through other economic means, to bring the Iranians to the table."

He told host Neil Cavuto that the European partners are very slow in coming around and taking action, which was one of the reasons he wanted to go to Germany and start prodding.

"One thing that is very clear ... is that they can't stay in some of these theaters unless the United States is there," Grenell said. "When President Trump very bluntly says you know, 'you're welcome to form an international coalition and replace us, they immediately say well we can't do that. We need the United States. And, so these are conversations that we have to have to push for them for greater participation."