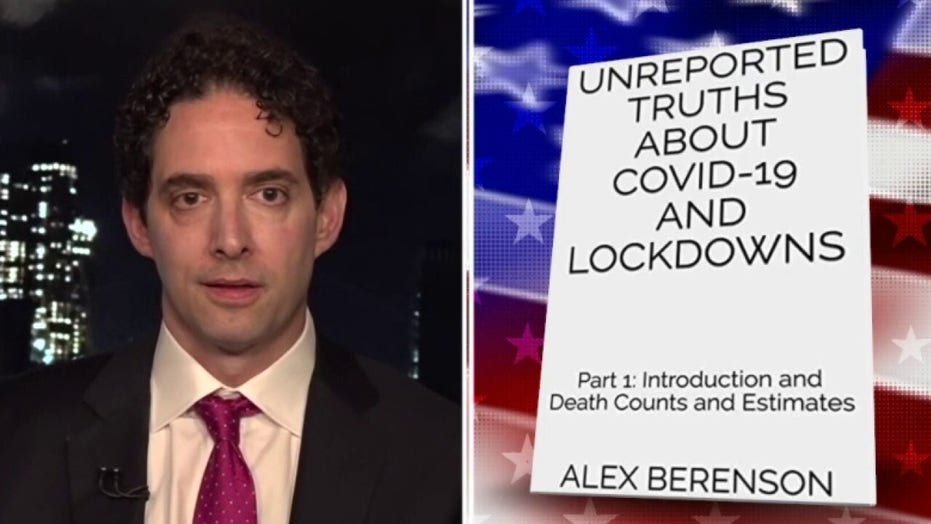 Alex Berenson’s booklet on coronavirus, “Unreported Truths about COVID-19 and Lockdowns: Part 1,” became the No. 1 best seller in Amazon’s Kindle Store on Saturday.

Berenson, who has been a vocal critic of the government's reaction to the coronavirus pandemic, took to Twitter to celebrate, “And there it is! “Unreported Truths” is #1 in Kindle. WE DID IT! THANK YOU!”

The booklet became available on Amazon Thursday after the online retailer initially told Berenson it didn’t meet the company’s guidelines.

The former New York Times reporter quickly launched a protest on Twitter, calling the move “outrageous censorship from a company that gained hugely from lockdown” as millions are forced to shop online. SpaceX CEO Elon Musk and other prominent journalists defended Berenson, and Amazon eventually allowed the book to be sold on its platform.

“I didn’t think my protest would do any good, but I also thought I didn’t have a choice,” Berenson told Fox News. “There are a number of journalists who got involved, including Glenn Greenwald, there were people on the left who explicitly said, ‘We think this guy is an idiot and we don’t like him but it’s important that this isn’t censored.’”

Berenson said he’s grateful for everyone who spoke out, but Musk, the tech mogul behind Tesla and SpaceX, probably made the most noise when he called the censoring of the booklet “insane” and called for Amazon to be broken up.

“It was shortly after that that Amazon contacted me and said, ‘We’re going to go ahead and publish this,’” Berenson said.

Amazon told Fox News it was an “error” and the book shouldn’t have been held up, but Berenson had his doubts.

“They didn’t say to me that it was a mistake… I do believe that I’m not the only person who has run into this. They need to be clear what their position is on publishing controversial material on political issues,” Berenson said. “It doesn’t seem to me that this was an error, but I don’t know.”

“Unreported Truths about COVID-19 and Lockdowns: Part 1: Introduction and Death Counts and Estimates” is the first of a series of booklets based on Berenson’s coronavirus reporting. Part 1 included an introduction and a section on death counts and estimates.

Berenson said he’d decided to publish a booklet after months of tweeting about the pandemic, as followers asked for the information to be more organized. He said the information was all sourced to government documents and scientific papers.

The author admits Amazon is in a tough spot when it comes to its customers being educated on the global pandemic – which is exactly what his series of booklets aims to do.

“Amazon is in a conflicted position here. They have made so much money from these lockdowns, they and Walmart are the two biggest corporate beneficiaries. This idea that they’re just some publishing platform and there is no First Amendment issue around this ... they have benefited from government rules,” Berenson said.