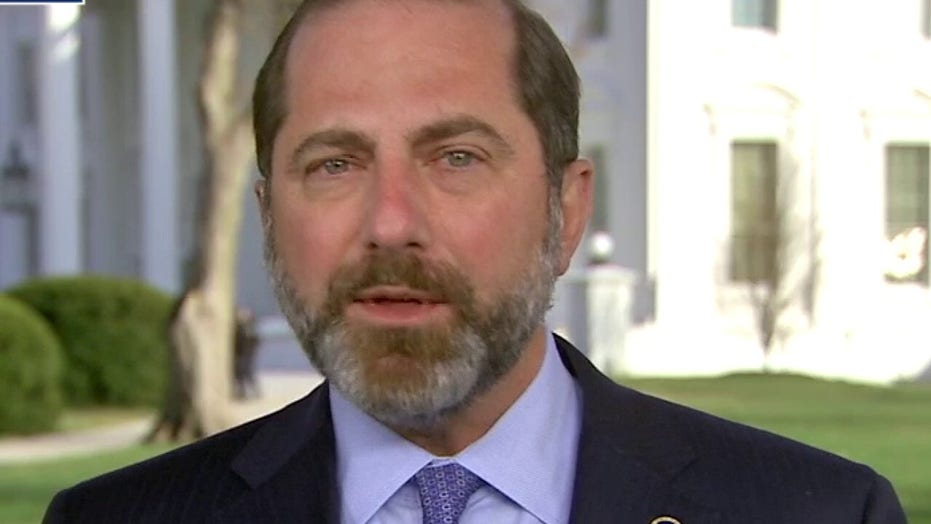 Secretary Azar: Number one priority is to get more testing kits from CDC

Health and Human Services Secretary Alex Azar told Fox News Friday that the coronavirus outbreak should not devolve into a political controversy.

“This is a time, as the president said, that we all need to be standing together and working together. It’s not a time to be scoring political points,” Azar told “Bill Hemmer Reports.”

Azar added that the Trump administration has been “transparent” with information, but "we also don’t want to hyperventilate because for the average American, nothing has changed in their life."

"We have been very transparent from day one that the risk to Americans at the present time is low, that that could change rapidly and that we must be prepared," the secretary said. "That’s been our message throughout, and that we think we’ll see more cases in the United States. We’re not downplaying. We think the American people can be leveled with.”

Azar's comments came after a series of late-night tweets marked the latest exchange between the White House and congressional Democrats over the outbreak, with each side simultaneously urging the other not to politicize the potential crisis yet also taking shots at press conferences and on social media -- complicating efforts to work together.

The coronavirus has not yet hit the U.S. as hard as it has hit many Asian countries, though U.S. authorities recently confirmed the first American coronavirus case that had no link to international travel in California. Other areas of the country are also currently testing suspected cases.

"We, your government are taking this seriously, we are working with Congress, we are preparing across the federal, state and local levels, but for the everyday American, the risk to them is low and it does not result in a change to their daily lifestyle right now," Azar said. "But that can change, and we want to make sure we’re transparent about that."