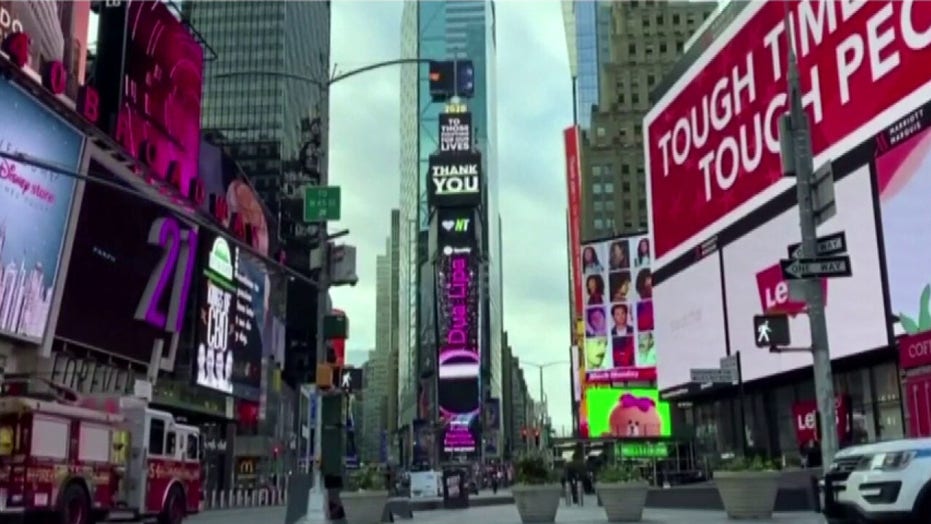 While the United States is flattening the curve of coronavirus cases, the country must continue to be patient, Northeastern University Network Science Institute director Alessandro Vespignani advised Friday.

In an interview on "America's Newsroom" with host Ed Henry, Vespignani said that America needs to learn from the initial spread of the pandemic and remain vigilant.

In a new report, after retracing timelines, researchers at Northeastern University estimated that the virus had spread widely in major cities as early as March 1 and a preliminary study of 3,000 New Yorkers found that 13.9 percent tested positive for coronavirus antibodies, Gov. Andrew Cuomo said Thursday.

"You know, what we found from the modeling is that the epidemic arrived in some of the hot spots on the West Coast and East Coast probably as early as January, mid-January, or even in some cases earlier. And then, the epidemic spread invisibly through the population locally," Vespignani explained. "So, that's the major lessons we have because we don't want that to happen again."

A person walks across 42nd Street on March 22, 2020 in New York City. The "New York State on PAUSE" executive order, a 10-point policy to assure uniform safety for everyone goes onto effect at 8pm on Sunday. (Photo by Gary Hershorn/Getty Images)

"At that time, you know, no country had the capacity to do larger-scale testing and that was indeed happening in Europe as well. But now, for returning to a normal life, we need to avoid having those invisible spreading chains throughout the country," he warned.

Vespignani told Henry the major factor for what has separated the outbreak in larger coastal cities versus smaller ones is connectivity and the "traveling volume" of people from other countries.

"And, New York, Chicago, Los Angeles, San Francisco, Seattle, they are highly connected international hubs and the epidemic started there first," he continued. "And, through domestic traveling partners, it does spread to other places in the country."

There are almost 870,000 confirmed cases of COVID-19 in the United States and the death toll is expected to surpass 50,000 people on Friday.

"We are flattening the curve," he reassured. "So, the number of cases is going down and -- you know -- we have to be more patient to see that's going down. That's delayed by a couple of weeks or three weeks. So, I think this situation is improving.

"We need to be patient," he repeated, "and double down the effort. You know, contrary to things like a hurricane that we cannot do anything to change its trajectory, for an epidemic what we do is important. We can change the trajectory of an epidemic. So, you know, [you] have to be thinking for the future."