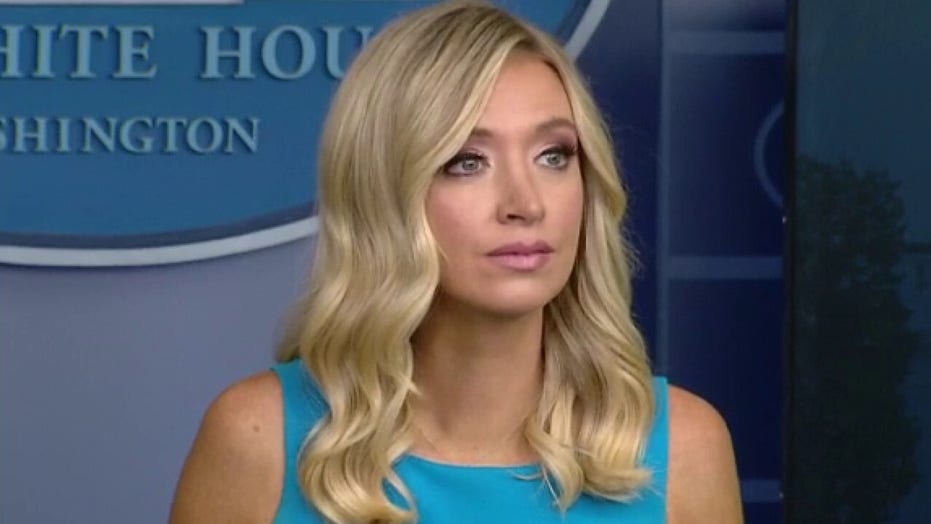 "You mentioned Dr. [Martin Luther] King," Acosta began during a White House press briefing. "He likely would not have approved of what took place Monday evening across from the White House, as you probably know. If the White House, president, and his team had to do it all over again, would you have gassed and pummeled protesters to clear the park so the president could have a photo op?"

Multiple media figures claimed on Monday that Trump tear-gassed peaceful protesters in order to obtain a photo op at St. John's Church, which was burned by protesters Sunday night during demonstrations responding to the deaths of George Floyd and other African-Americans following encounters with police.

"No tear gas was used and no rubber bullets were used," McEnany told Acosta.

"Chemical agents were used," Acosta responded before claiming that some in the area alleged they were "gassed."

"In the morning, AG Barr had determined that we needed to expand the perimeter by one block on each side," said McEnany, who added that Barr ordered the perimeter expanded Monday afternoon when he arrived at the White House and saw that action was not taken.

"So, that decision was made in the morning, first of all," McEnany said. "Protesters were told three times over loudspeaker that they needed to move and what happened was it grew increasingly unruly. There were projectiles being thrown at officers, frozen water bottles were being thrown at officers, various other projectiles, and the officers had no other [choice] in that moment than to act and make sure that they were safe and that the perimeter was pushed back because as we all know, a church was burning in that very area the night before."

EX-JOINT CHIEFS CHAIR 'SICKENED' BY ACTION AGAINST DC PROTESTERS, SAYS NOT 'APPROPRIATE' TO CALL IN MILITARY

After some back and forth, Acosta suggested that police officers had attacked their fellow Americans, many of whom were peacefully protesting and didn't hear the loudspeaker warning.

"Don't you agree, Kayleigh, that the vast majority of those protesters were doing so peacefully and that many of them did not hear those warnings and were simply just pushed out of the way, just forced -- pummeled out of the way by their fellow Americans, police officers .... What do you say to Americans who look at what happened on Monday and find that to be appalling?"

McEnany responded by defending police and reiterating their claims about potential violence in the area. Specifically, U.S. Park Police stated that "[i]ntelligence had revealed calls for violence against the police, and officers found caches of glass bottles, baseball bats and metal poles hidden along the street."

"When an officer is at risk," McEnany said, "they have the right to defend themselves. They did so peaceably. No one had -- there were no fatalities, no severe injuries."

"Would you do it again?" Acosta followed up.

McEnany responded: "To protect the lives of officers, they have a right to defend and to protect themselves." On Tuesday, Trump addressed the issue himself, tweeting that "fake news is hurting our country so badly."

Some reporters have pushed back on the official version of events. CNN's Alex Marquardt said the protest was "entirely peaceful," as did Jonathan Allen, a senior political analyst for NBCNews.com. NBC's Garrett Haake pushed back on the idea that projectiles were thrown at police.

“There was no object-throwing before the mounted park police moved in," he said.