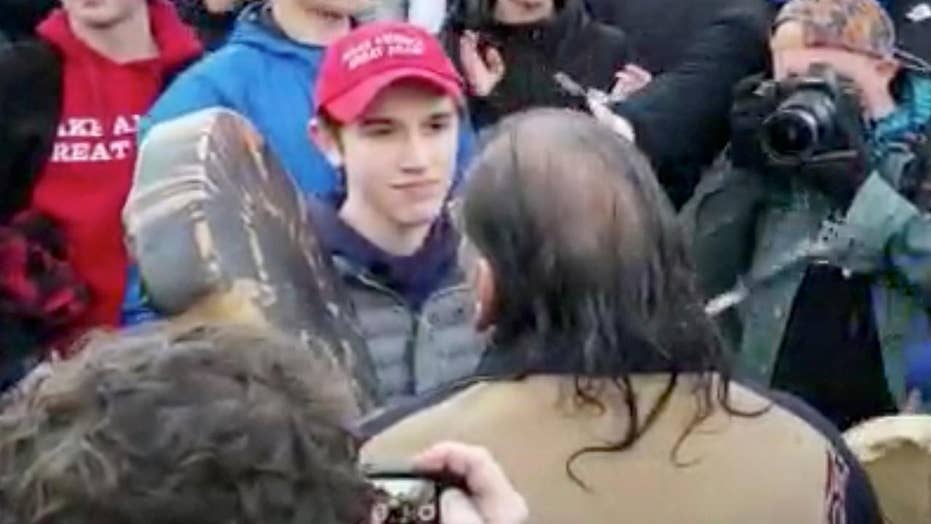 The news that CNN had decided to settle the high-profile, $250 million defamation lawsuit filed by Covington Catholic High School student Nick Sandmann was completely ignored by ABC, CBS, MSNBC, and NBC, according to the Media Research Center.

The settlement was significant and should impact outcomes of a variety of other defamation suits that stem from Sandmann and his classmates being swept up in a controversy after a 2019 video clip depicted the "MAGA" hat-wearing student smiling at Native American Nathan Phillips. The man was beating a drum and singing a chant as he was surrounded by Sandmann's peers, who had joined in on the chant in front of the steps of the Lincoln Memorial.

Several mainstream media outlets -- including CNN -- portrayed the incident with Sandmann and the other teens as being racially charged before additional footage surfaced and showed that a group of Black Hebrew Israelites had provoked the confrontation by slinging racial slurs at the students. Footage then showed Phillips, who was in town for the Indigenous Peoples March, approaching the students amid the rising tension between the two groups.

All three networks first covered the student’s confrontation with Phillips.

NewsBusters managing editor Curtis Houck wrote that CNN settled with Sandmann “for an undisclosed amount after they tried to ruin his life” but the liberal cable network “had help with blackouts” from ABC CBS and NBC.

Law school professor William A. Jacobson told Fox News that CNN agreeing to settle is a “rare example of a 'little guy' being able to stand up to a media behemoth” and estimated the deal was worth at least seven figures. However, viewers who rely on network news would have no idea.

Failing to report CNN’s settlement isn’t the first time the Covington saga was ignored by mainstream media. Back in February, MRC analyst Nicholas Fondacaro reported that ABC, CBS and NBC omitted details of the independent investigation that found the Covington students weren’t at fault.

“An independent investigation found that the high school students of Covington Catholic didn’t harass anyone,” Fondacaro wrote at the time. “Effectively proving that the liberal media reports about them were smears and lies, all three broadcast networks [ABC, CBS and NBC]…” omitted the findings from their evening reports.”

Some news organizations may have legal reasons for ignoring CNN's settlement with Sandmann. The payout could impact some of the news organizations that didn’t report the settlement, as Sandmann attorney Todd McMurtry told Fox News last week that similar lawsuits against “as many as 13 other defendants will be filed in 30 to 40 days.”

Among them are ABC, CBS, The Guardian, The Huffington Post, NPR, Slate, The Hill and Gannett, which owns the Cincinnati Inquirer, as well as miscellaneous other small media outlets, according to McMurtry. Separate lawsuits against the Washington Post and NBC have already been filed, he added.

Fox News’ Joseph A. Wulfsohn and Doug McKelway contributed to this report.